The pool garden — the garden that used to be a swimming pool — turned out so well that we are expanding it. We hired a guy to break up more concrete from around where the pool used to be. It only took him about an hour. The result will about double the area of the garden. Here’s a little section that we’ve pretty much cleared out (this is the corner where killer tomatoes launched their imperial ambitions): 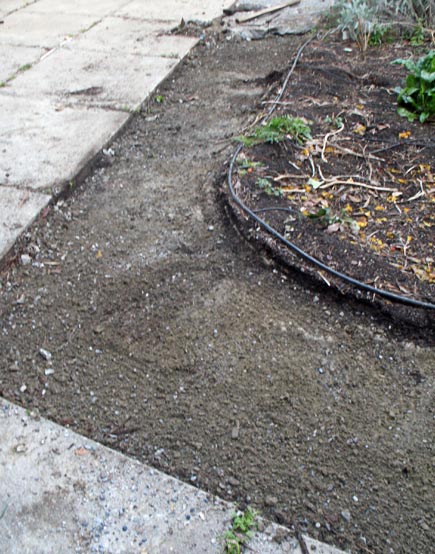 We ordered another ten cubic yards of Local Hero soil mix from American Soil and Stone. 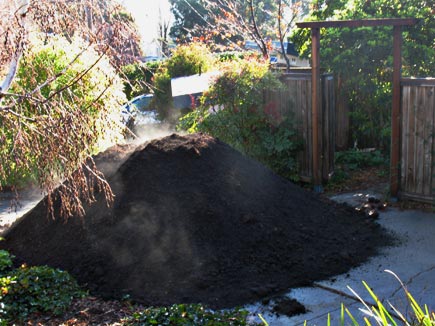 Now, what did I learn back in October? I learned that when a tree service calls and says do you want free bark chips, the correct answer is not “sure.” It’s “how many,” for starters. See the picture of our pile of bark chips, below? Compare to the photo above. It had to be at 30 or 40 cubic yards. (In this picture I’d already moved a lot of the pile, like the path on the right for the mailman.) 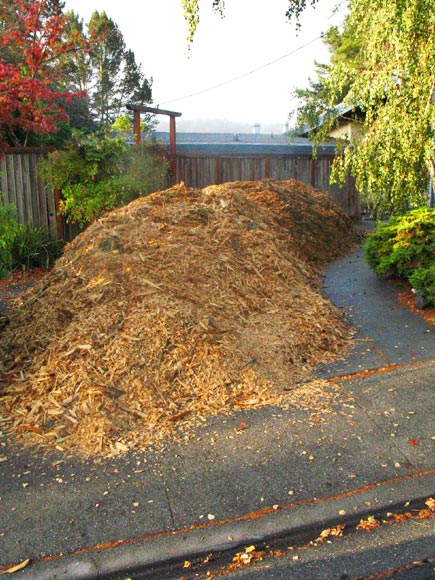 BTW, the broken up concrete — which is pretty good stuff as concrete goes, with a pebbly surface — is going down the hill to make retaining walls and terracing. Here’s a wall in process. 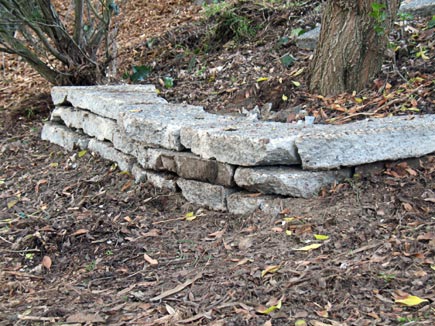