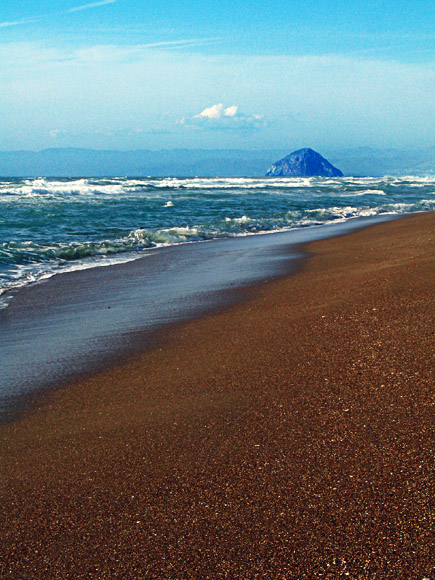 A morro (a Spanish word for pebble) is a rocky outcrop rising from shallow waters — the Sugar Loaf in Rio is one famous example; Morro Rock in Morro Bay on the central California coast is another. The rock reaches an elevation of 576 feet (a little less than half the height of Sugar Loaf). It has been called “the Gibralter of the Pacific.”

The Chumash Indian tribe made their home in this area. Members of this tribe are the only people who can legally climb the rock (a dangerous activity because of loose boulders that often fall); the climbs are part of the Chumash solstice ceremony.

The rock was apparently first sighted by Europeans in 1542, by the explorer Juan Cabrillo. 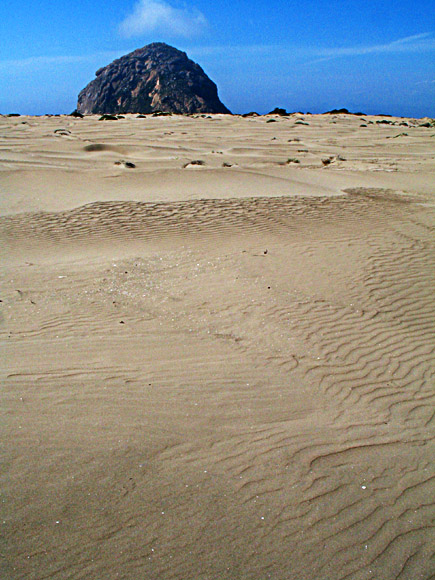