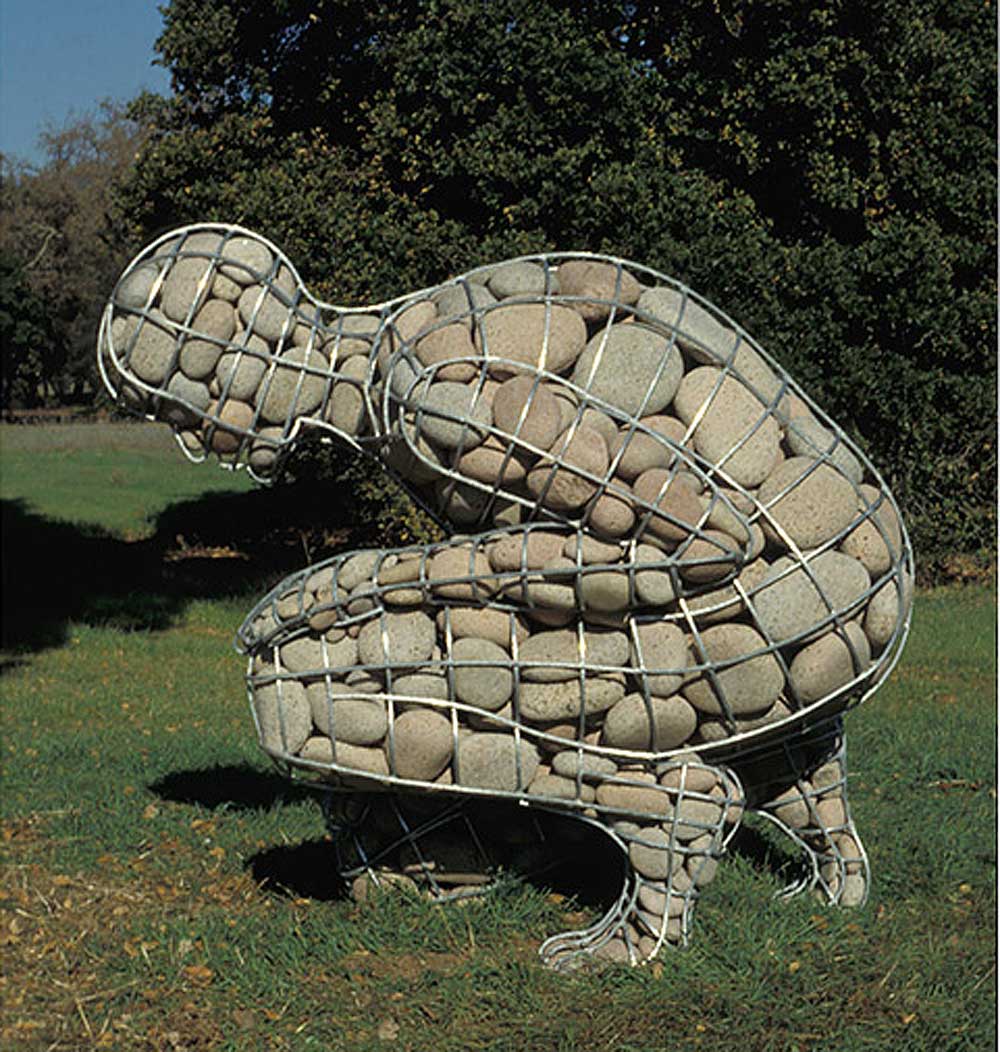 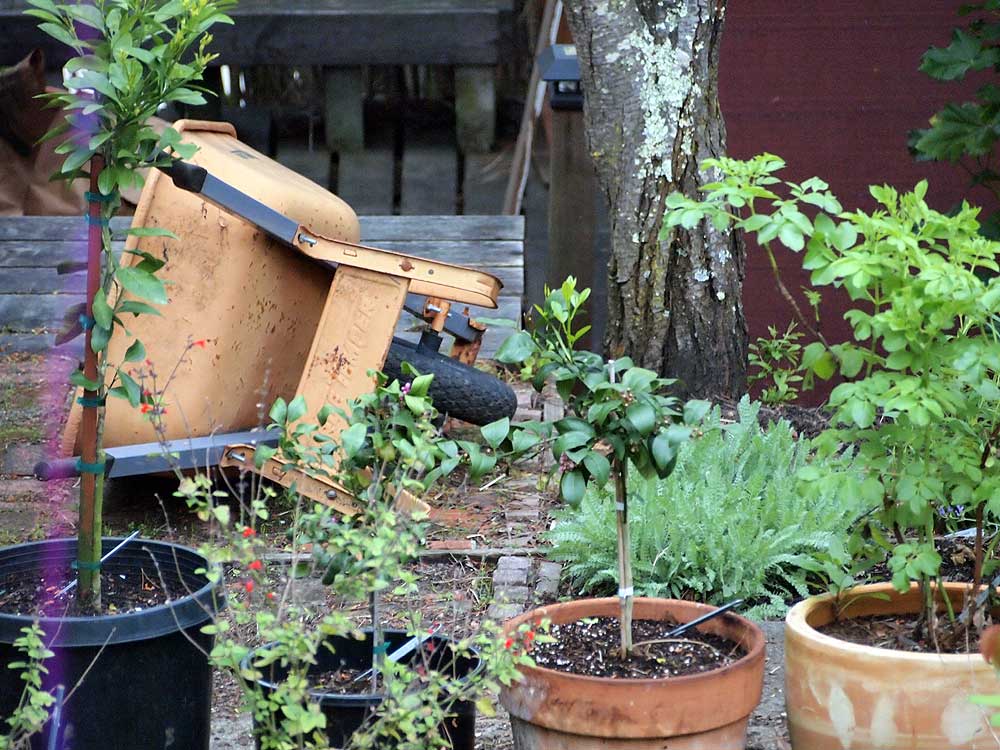 The redwood steps behind this wheelbarrow lead down to the sheds that house the bulk of my library. A previous owner had constructed a concrete retaining wall between the two levels, but as it had no provision for drainage it eventually collapsed.

The word gabion comes to us from Latin via the Italian gabbione, meaning “big cage.” The technique, essentially boxing rubble or earth or other materials, seems to have originated in ancient Egypt and to have been adopted in ancient Rome. That’s based on internet research — I haven’t looked at scholarly materials. Was the technique also used in Asia? It seems likely, but I haven’t found evidence of it. 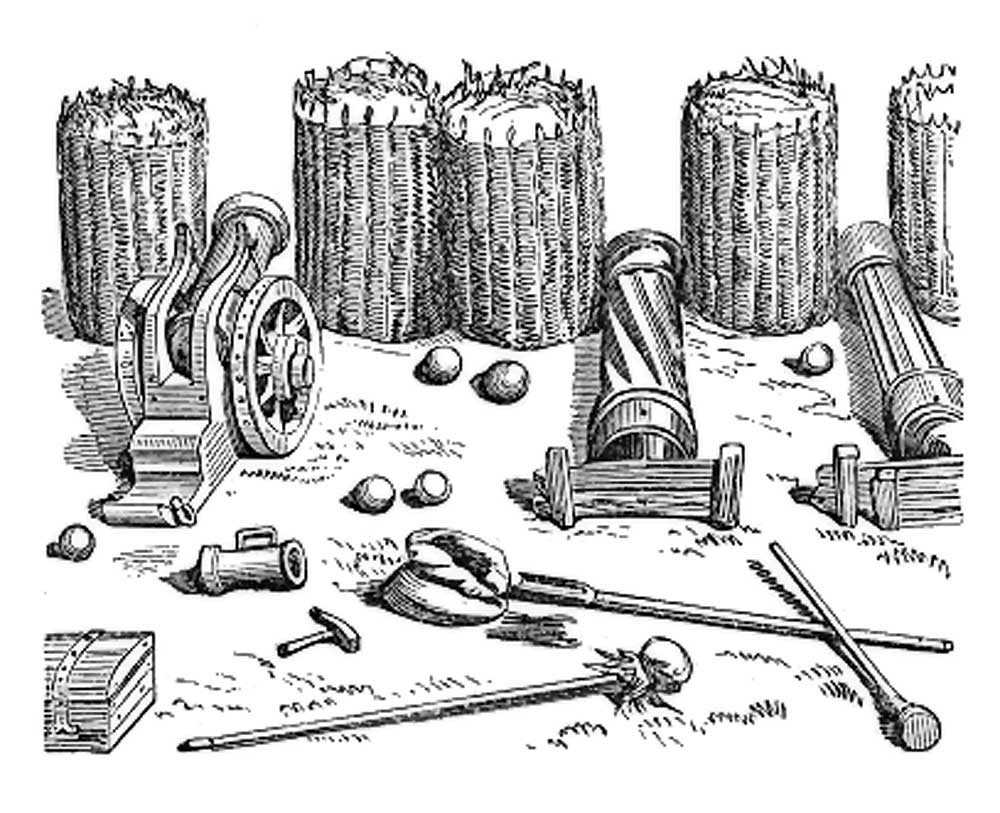 We’re on firmer ground when we get to the European Renaissance. Beginning at least at that time, and continuing for centuries, gabions were widely used in military applications. The wire structures were easily portable and could be filled with local materials to protect gunners.

But gabions were used in other applications as well. Leonardo da Vinci designed gabions called corbeilles Leonard for the foundation of the Catello Sforzesco in Milan.

Left: current structure of the Castello Sforzesco in Milan. Right: Leonardo da Vinci’s plan for a gabion foundation for the building.

Today gabions are used in many architectural applications. Near to my location, the architectural firm of Herzog & De Meuron employed gabions in their design of the Dominus Winery in Napa Valley. 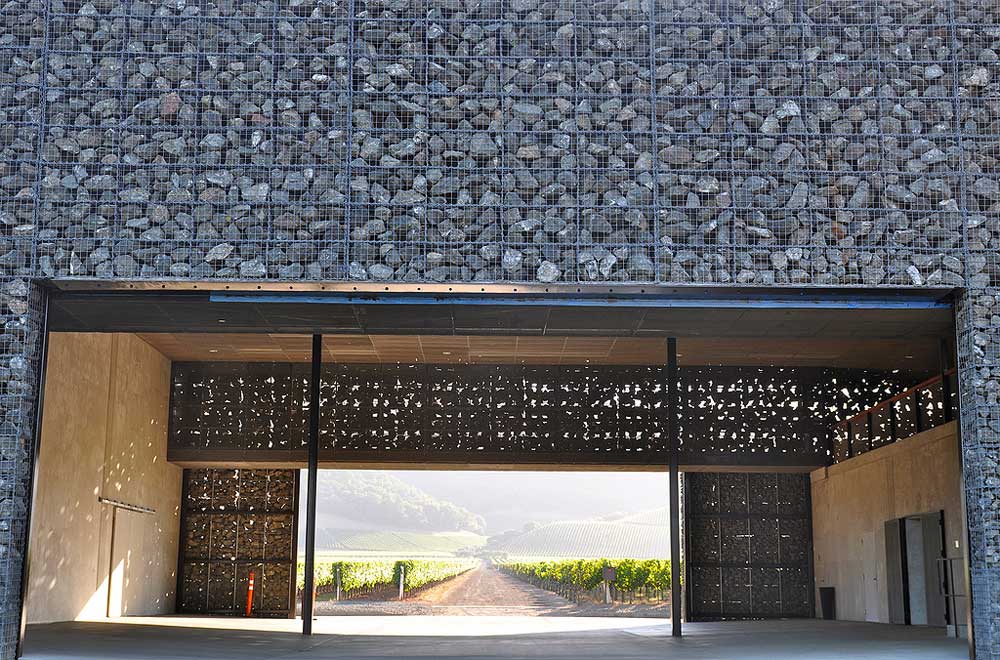 For more photos of gabions in contemporary architecture, visit The Contemporist.

Gabions have many advantages over more conventional retaining walls. They are economical (with shipping, our 30-foot-long, 27 inch high, 15-inch wide wall was around $750; we have the fill material already on hand), easy to construct (though someone has to heft a bunch of rocks, or whatever you fill them with), durable (should last a lifetime), permeable (because they allow drainage, they should not be susceptible to the hydrostatic pressure that caused the original concrete walls to fail — they could even support a green wall). And they are attractive, at least in my view. 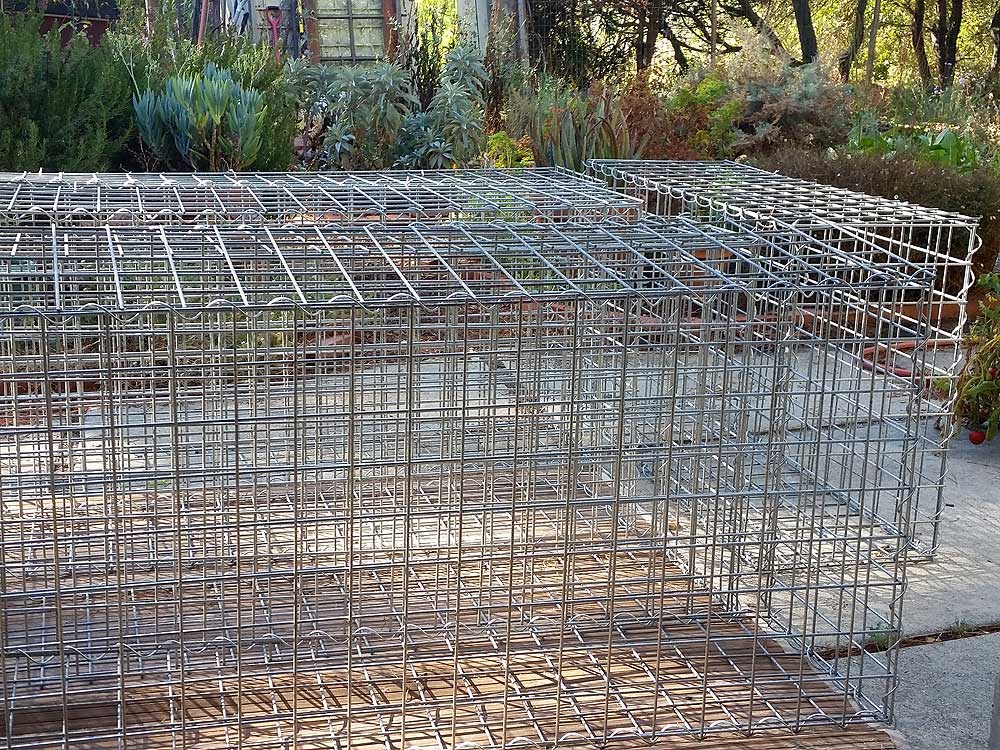 I was able to quickly assemble my gabion frames, which were shipped from the Los Angeles office of the vender, Gabion1. Visit their website for ideas and instructions. We’ll fill the frames with broken-up concrete from the old wall, and from the swimming pool that became a garden.

There are many videos online with ideas and instructions for using gabeons. The most creative, in my judgment, tend to be from France. Here’s one example: