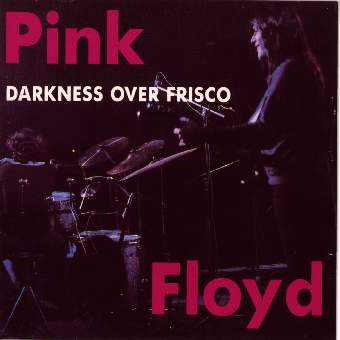 There’s a laundromat in the city’s Hayes Valley called the Don’t Call It Frisco Laundromat. The name quotes an admonition you will hear often from a certain generation of locals, who will tell you the word grates like chalk on a blackboard. The taboo started, or at least took hold, in 1953 with the publication of San Francisco Chronicle columnist Herb Caen’s first book, entitled, well, Don’t Call it Frisco. Caen is much beloved but the truth is he was a bit of an elitist; he had a dogmatic and imperious streak. (I know — back in the day I sometimes had lunch with his power claque.)

“Not Frisco but San Francisco,” Caen prescribed. “Caress each Spanish syllable, salute our Italian Saint. Don’t say Frisco and don’t say San-Fran-Cis-Co. That’s the way Easterners, like Larry King pronounce it. It’s more like SanfrnSISco.” (No one pointed out that the command to caress each syllable and to elide them was contradictory.)

And a generation of independent and free-spirited San Franciscans meekly complied with the columnist’s mandate. Perhaps they were motivated by the suspicion that their city might not in fact be in the same league with New York City after all, so they sought to sweep their underclass underpinnings under the rug, to turn their back on their rough-and-tumble past.

But there’s a long tradition of calling the city Frisco. (The term frisco, meaning a port where ships could be repaired, goes back to Middle English.) Immigrants during the Gold Rush sang:

I soon shall be in Frisco and there I’ll look around,
When I find the gold lumps there I’ll pick them off the ground.
Oh, California, that’s the life for me . . .

Even in Caen’s day Otis Redding sang that he was leaving his home in Georgia and heading for the Frisco Bay. The Youngbloods sang: 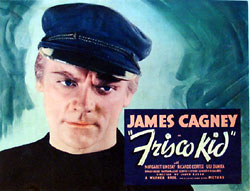 The poet Kenneth Rexroth, another contemporary of Caen’s, called the city Frisco, and the beat poet Bob Kaufman wrote a series of “Frisco” poems. Sal Paradise, Jack Kerouac’s alter ego in On the Road, says he is heading for “Frisco.”

Today a lot of people are looser and less uptight that about the city’s handle than was once the case. There’s a tattoo parlor in the Mission district called Frisco Tattoo. A CD of local bands is called Frisco Styles. The Notorious B.I.G. rapped that he was “Sippin’ Crist-o with some freaks from Frisco.” Columnist Stephanie Salter uses the term Frisco regularly. A Barry Bonds fan t-shirt is emblazoned with the slogan Frisco Grooves.

Letting go of silly, tight-assed prescriptions like Caen’s is a sign that the city is coming into its own, confident enough in itsself not to have to monitor how people refer to it. Those who disapprove of Frisco are trying to own the city,” says screenwriter Theo McKinney. “People should be able to call the city what they wish.”

Do I call it Frisco? Well, no, not really, except sometimes in fun. Which I hope is the spirit of this site.

So don’t call it Frisco. Or do call it Frisco (but be prepared for some rolled eyes). Or, as some folks do, you could just call it “the ‘Sco.” That way you’re covered — you’re cool.

The choice is yours.