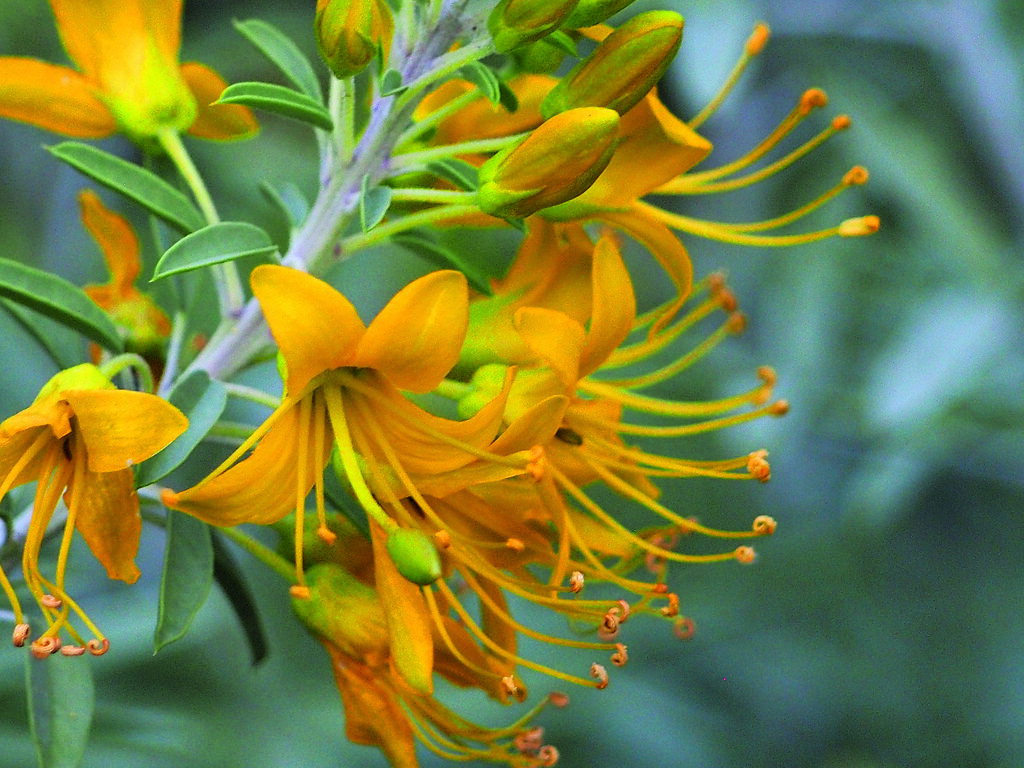 Many California native plants have been given unloving common names, and Peritoma arborea — best known as Bladderpod — counts among them. More blandly called Californea Cleome, it is notable for its unusual yellow flowers, which bloom year-round, and its globular fruits, which rattle when shaken. Native to Southern California and Baja California deserts, it is extremely drought tolerant, without turning gray or silver like many such plants, but instead remaining cheerfully green.