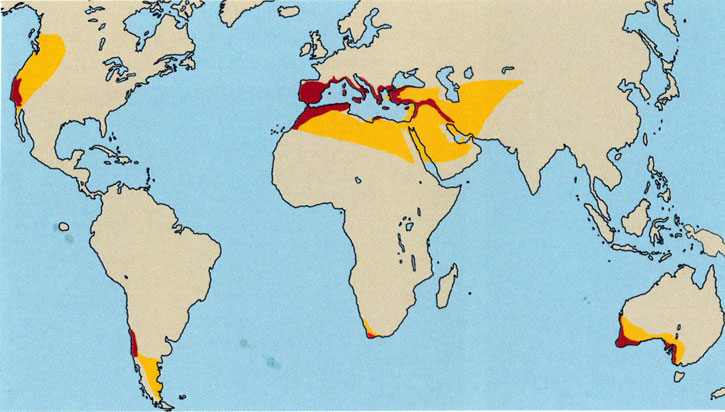 Those of us who live in one of the world’s five Mediterranean climate areas can take cheer from the fact that these regions are home to some of the world’s greatest biodiversity. As an example, according to Olivier Filippi’s The Dry Gardening Handbook (translated from the French by Caroline Harbouri), 25,000 plant species grow in the Mediterranean Basin proper (about 10 percent of all the world’s flora), compared to just 6,000 species in all of non-Mediterranean Europe.

These plants have adapted to our dry summers in various ways and to various degrees. We need to recognize that there are many variant subregions within the Mediterranean Climate zone. In general, however, gardeners who regularly water native plants over the summer months will end up killing them. Turn off that irrigation timer!

Donald Trump’s comments to the contrary notwithstanding, California has been in a multiyear drought. That is a fact, based on recorded annual precipitation. But for gardeners and farmers there is another meaning of drought—“physiological drought”—which refers to periods of hydric deficit. Hydric deficit occurs when plants transpire more water than they can take in through their roots. It is not just a function of water but of the relationship between water and temperature. This is critical for an understanding of Mediterranean climates.

We should not think of plants as either “drought tolerant” or not. Instead we should understand them on a scale of hydric deficit tolerance and seasonable adaptability, as this map from Filippi’s book suggests. 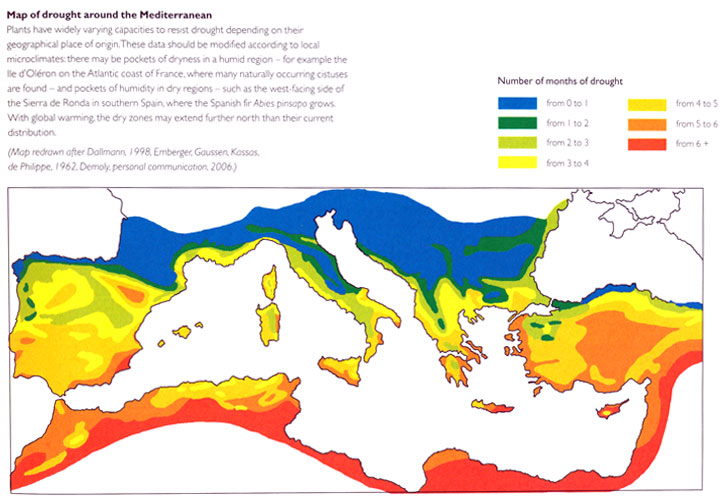 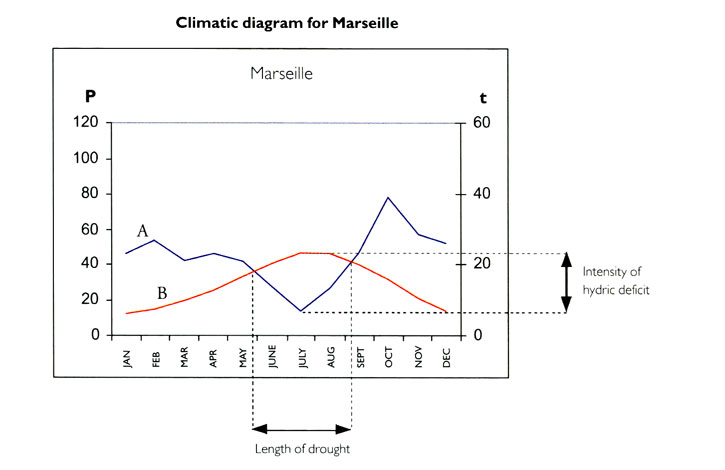 I have made such a graph for my garden (further down the page). Here is how to do it:

Unfortunately, I don’t know how to create a line chart in Excel with two different Y axes with different scales. So I had to draw the lines by hand, which is not a real precise technique but might be close enough for visualizing. If anyone can tell me how to do this in Excel, I’m all ears.

So there you go. The part of the year where the red line rises above the blue line is the period of hydric deficit. You can see that the duration of drought in my area is from May through September, and that August is the month when hydric deficit is greatest.

Armed with this data you can select plants that are optimized for your region.