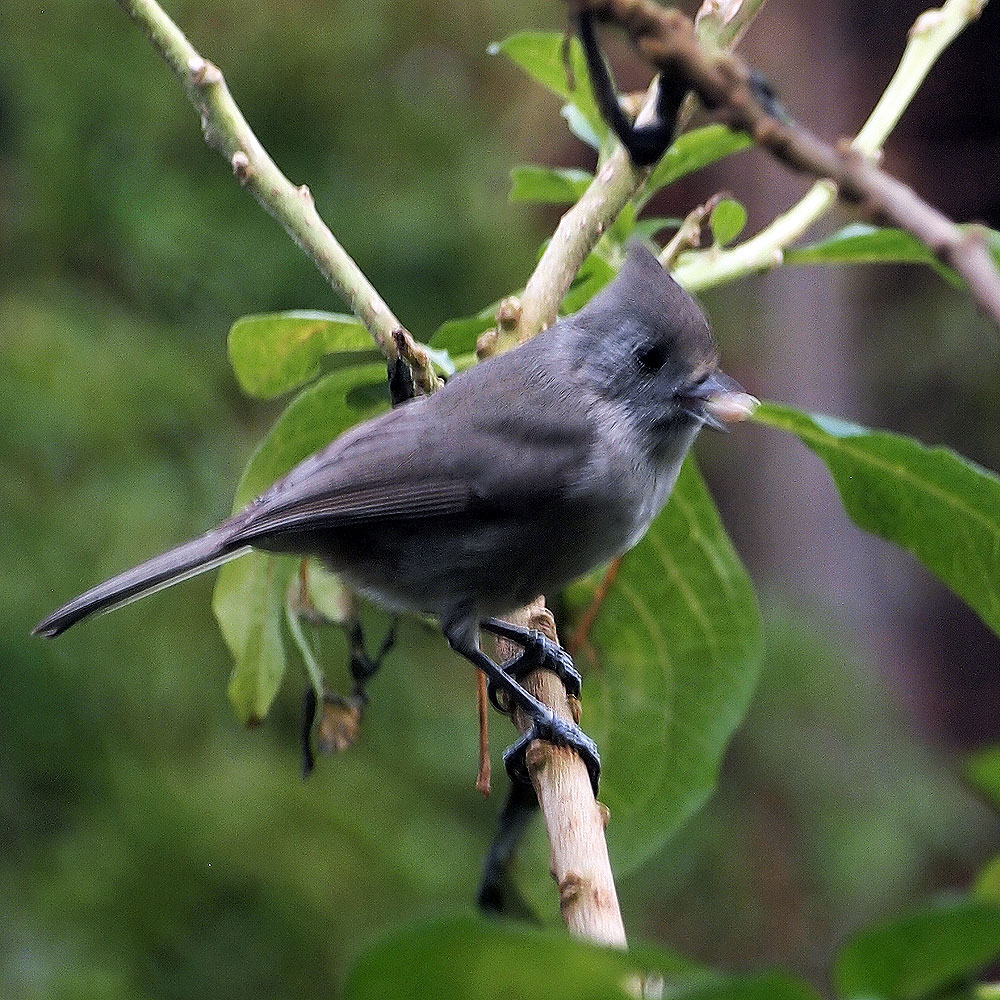 Continuing with our bird theme, we see here a Plain Titmouse, occupying the same iochroma bush that yesterday’s Chestnut-Backed Chickadee was perched on. This poor guy is saddled with the “Plain” moniker because, despite being “the sole titmouse in most of the West,” according to Peterson’s field guide, he is “the only one without distinctive markings.”

Okay, so he’s not all pimped up like some tropical show-off. He’s still a handsome little guy, with his perky head crest. He’s sharp in a range of always fashionable gray tones, set off with just a touch of white highlighting. Plus he’s got personality! Here he is wrestling with a pretty big seed, and you know it’s going to crack, no problem.

He gets along pretty well with the chickadees, but when push comes to shove, he’s the boss of that particular bush. He gets first dibs on the choicest morsels, when he cares to exercise his authority. Maybe that’s because he is, relatively speaking, a bruiser, busting the tape at a little better than five inches in length, maybe a quarter of an inch bigger than the chickadees. Why, he could probably hold his own with a sparrow if he had to! But he’s not pushy about it. I guess there’s plenty for everyone.