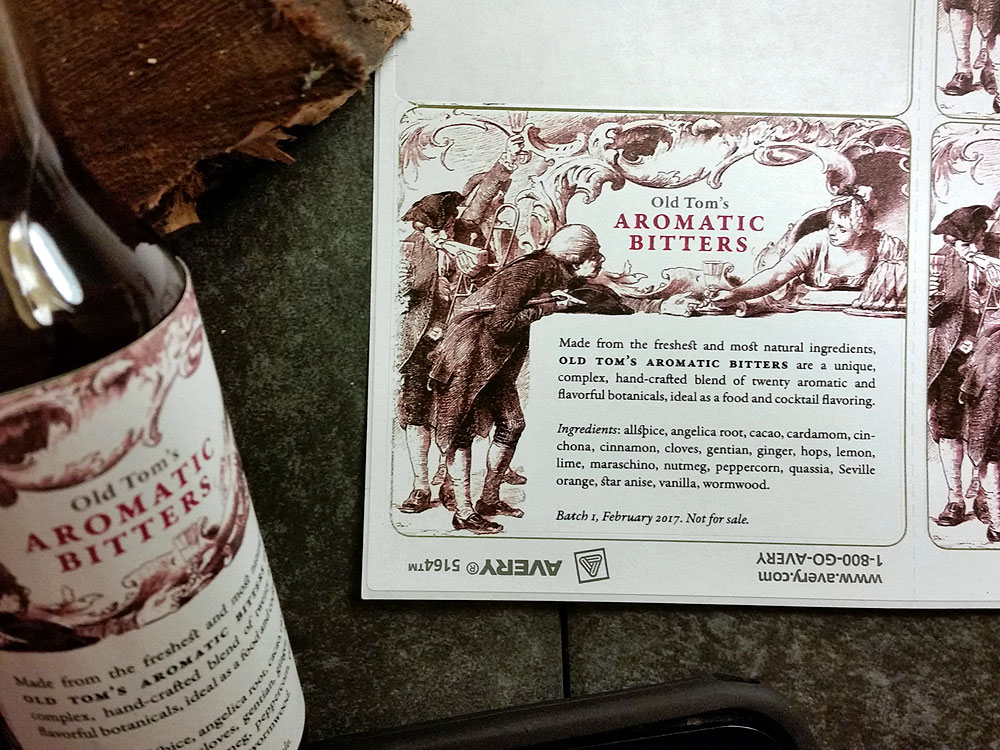 “All bitters are aromatic,” according to Mark Bitterman in his Field Guide to Bitters and Amari, “but the ones that are called aromatic are so jam-packed with aromas, bitterness, and a lick of sweetness that it is impossible to parse out exactly what we are perceiving.”

Here we are perceiving Old Tom’s Aromatic Bitters. These turned out exceptionally well, and can serve as a substitute for Angostura Bitters anywhere those would be used. 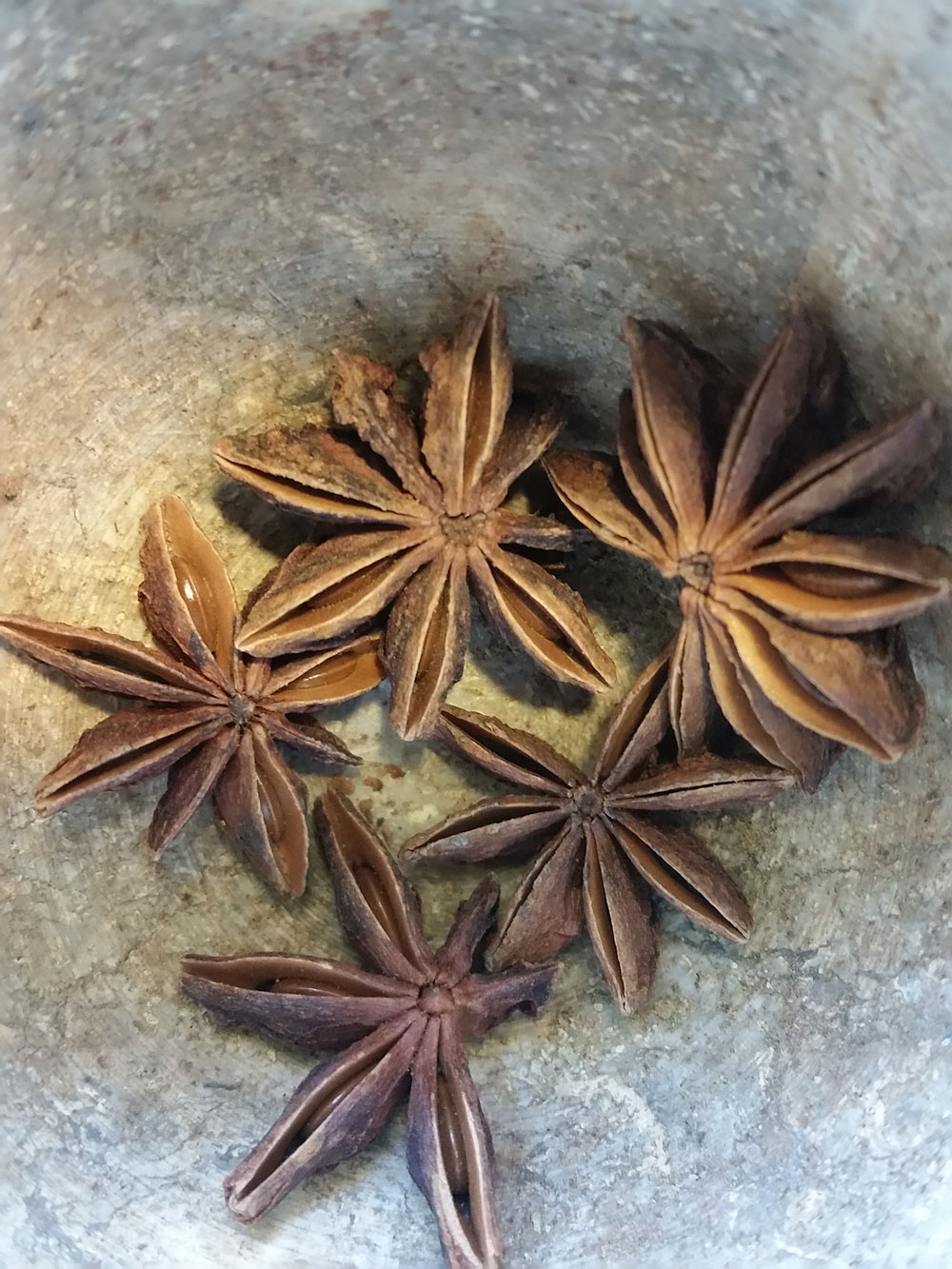 The ingredients in Angostura Bitters, as with most old-timey botanical beverage products, are a closely guarded secret. In preparing Old Tom’s Aromatic Bitters, I first looked at many websites and publications that speculated on the constituents of Angostura Bitters and other aromatic bitters. Then I looked at several recipes for aromatic bitters, making certain that the phrase was being used in the strict sense, since some people, such as Will Budiaman in Handcrafted Bitters, apply it to all bitters. even those constructed of only a few ingredients. I made a list of all ingredients and noted how many recipes they were used in. This gave me a kind of consensus snapshot of the main flavors. 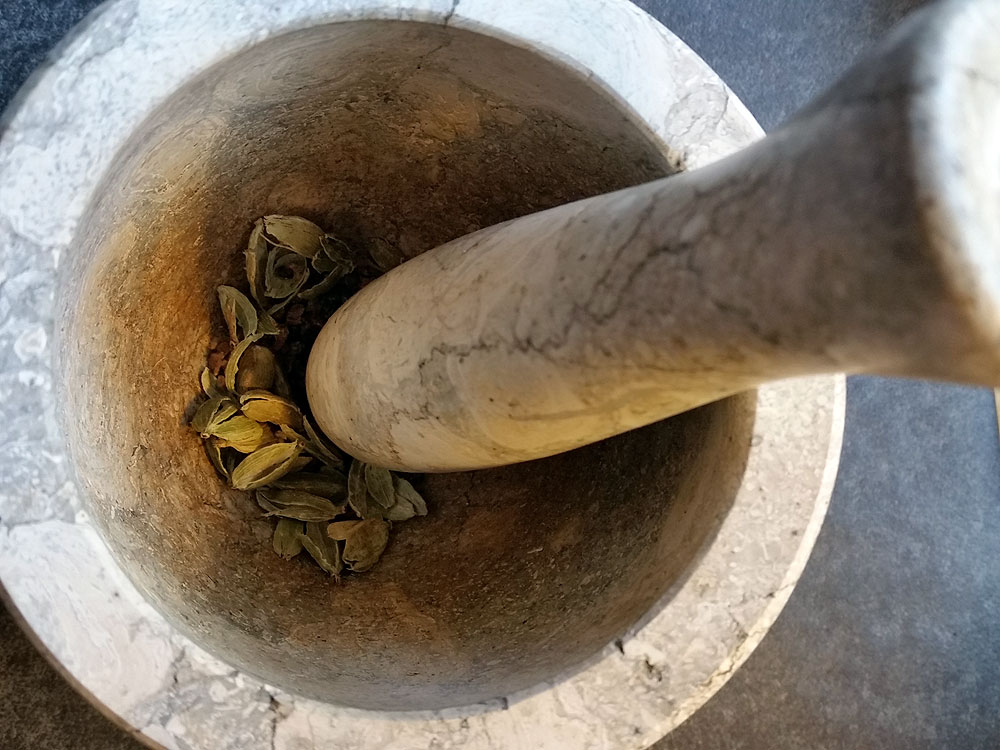 I grind the ingredients (here cardamom pods) with a mortar and pestle.

I ended up using twenty ingredients: 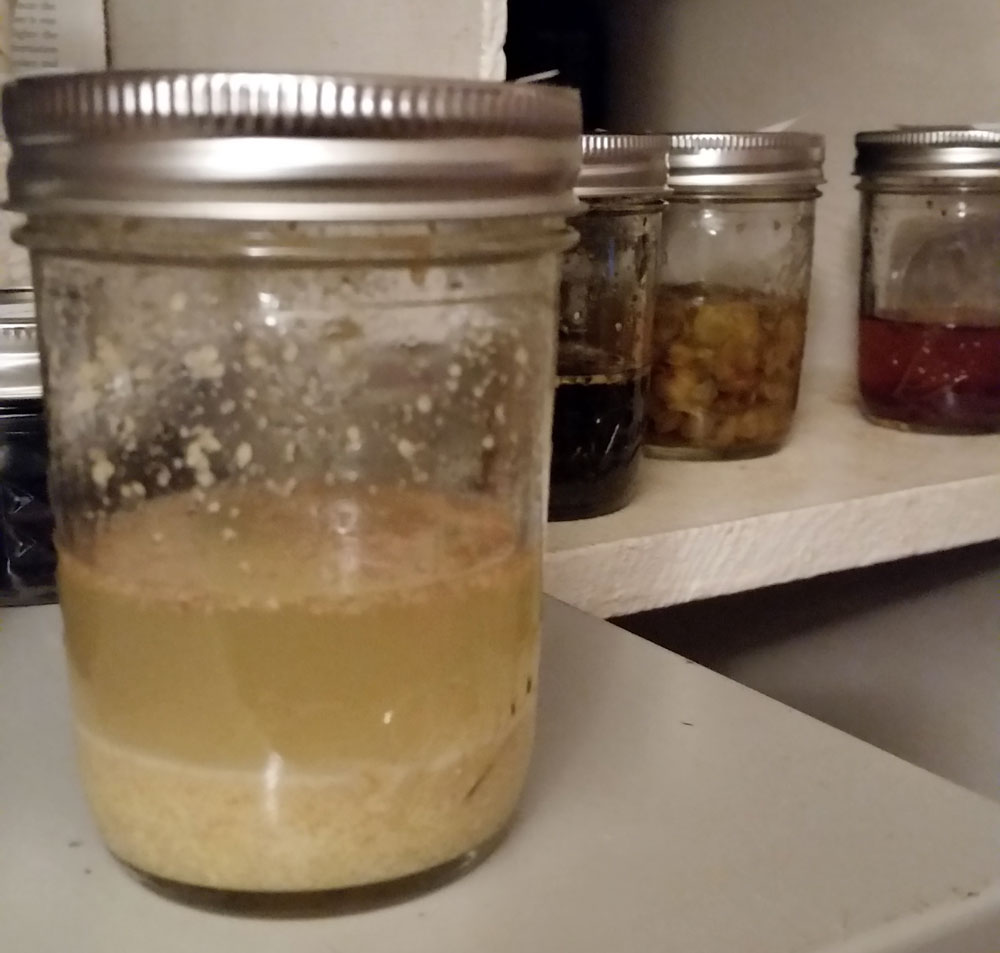 Infusing ginger. This shows the best proportions of solid material to grain alcohol (about 1:2). But all of the material should be submersed. (Hops, middle in the background, swell up, so the proportion of solid to liquid there is deceptive.)

Of these, angelica root, cinchona, gentian, hops, quassia, and wormwood are all bittering agents, while the others are flavors. That’s a lot of different bitters, and this is different from other recipes, but I think it works, once the proportions are balanced out. (Experiment.) Gentian was the primary bitter ingredient. I tinctured each ingredient separately in grain alcohol (most often infusing for about five days) and strained through a gold filter into jam jars.

Tinctures. At right are infusions in process, at left completed tinctures strained into jam jars.

I wanted some sour cherry flavor in the mix, as well as some sweetness. To provide these qualities I added Luxardo Maraschino Liqueur (needless to say, this is nothing like the nasty bright red cherries; it is clear in color and made not just from sour cherry fruits but from the pits and, I think, twigs as well).

I’m not selling my bitters so I don’t have to measure the volume of alcohol precisely. I follow the guideline of adding 20 percent lower-ABV spirits to the tinctures (the grain alcohol is 151 proof). If the ABV is too high, the alcohol burn will mask out the flavors. In addition to the maraschino, I added brandy as a second spirit. The resulting ABV is probably around 50 percent, which is my target.

Apart from the spirits, the ingredients are natural and mostly organic. For example, the lemons, oranges, and limes are all from my own garden. This is important, because commercial citrus may be sprayed with insecticides and coated with wax. 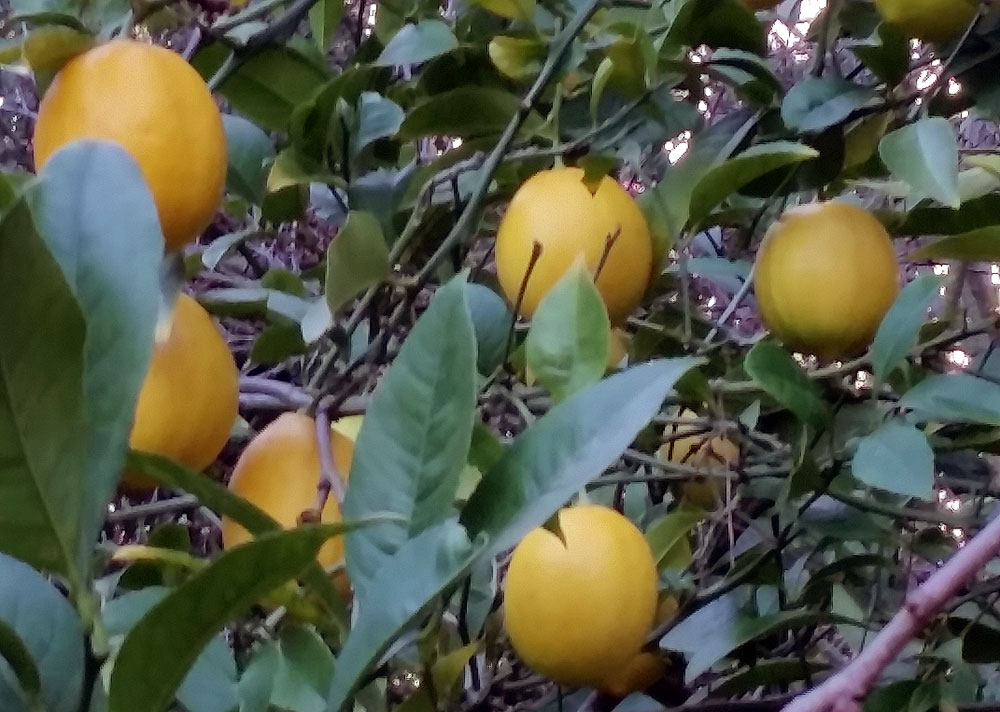 Lemons, February 2017. This tree provides all the lemons we need, year round.

These bitters have a lovely reddish amber color, and they are GOOD. I am having some now in a Manhattan: 2 oz. bourbon, 1 oz. sweet vermouth, and at least a couple of dashes of Old Tom’s Aromatic Bitters. Yep!