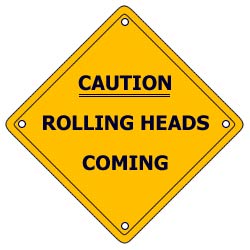 In one of the more Byzantine maneuvers in local politics recently, San Francisco mayor Gavin Newsom has requested that all city department heads and commission appointees submit their resignations so he can decide whom to reappoint after the January election (in which he appears to face no serious challenger). According to the Bay Guardian — which asserts that Newsom’s request was a spur-of-the-moment decision (the Chronicle says that Newsom was discussing the plan nearly a year ago) — “a review of more than 200 letters received by the mayor office shows many city officials nearly begging keep their jobs, others terse, others choosing careful language to protect their rights and jobs, others defiant, others groveling with praise for Newsom.”

Some letters were certainly written more effectively than others. In the Chronicle Cecilia M. Vega notes that “Ron Miguel, a member of the Golden Gate Park Concourse Authority, mentioned in his letter that he has spoken with various members of Newsom’s staff to offer his services, including Alex Tourk — who resigned in January as the mayor’s campaign manager after Newsom admitted to having an affair with Tourk’s wife.”

Chris Daly has written to the city attorney, saying he is “interested in the legal definition of ‘acceptance’ and any provisions that allow the Mayor to ‘accept’ or not ‘accept’ resignations and/or resignation offers. If these provisions exist, how would this acceptance or non-acceptance be exercised?”

The move is not unprecedented — Art Agnos did something similar — but it has rarely or ever been exercized so extensively. What’s it all about?

Amid all the speculation, Board of Supervisors President Aaron Peskin, noting that “It would be more efficient to fire the folks who are not performing to the standards of the administration rather than putting everybody though this painful exercise,” may have made the most sense.