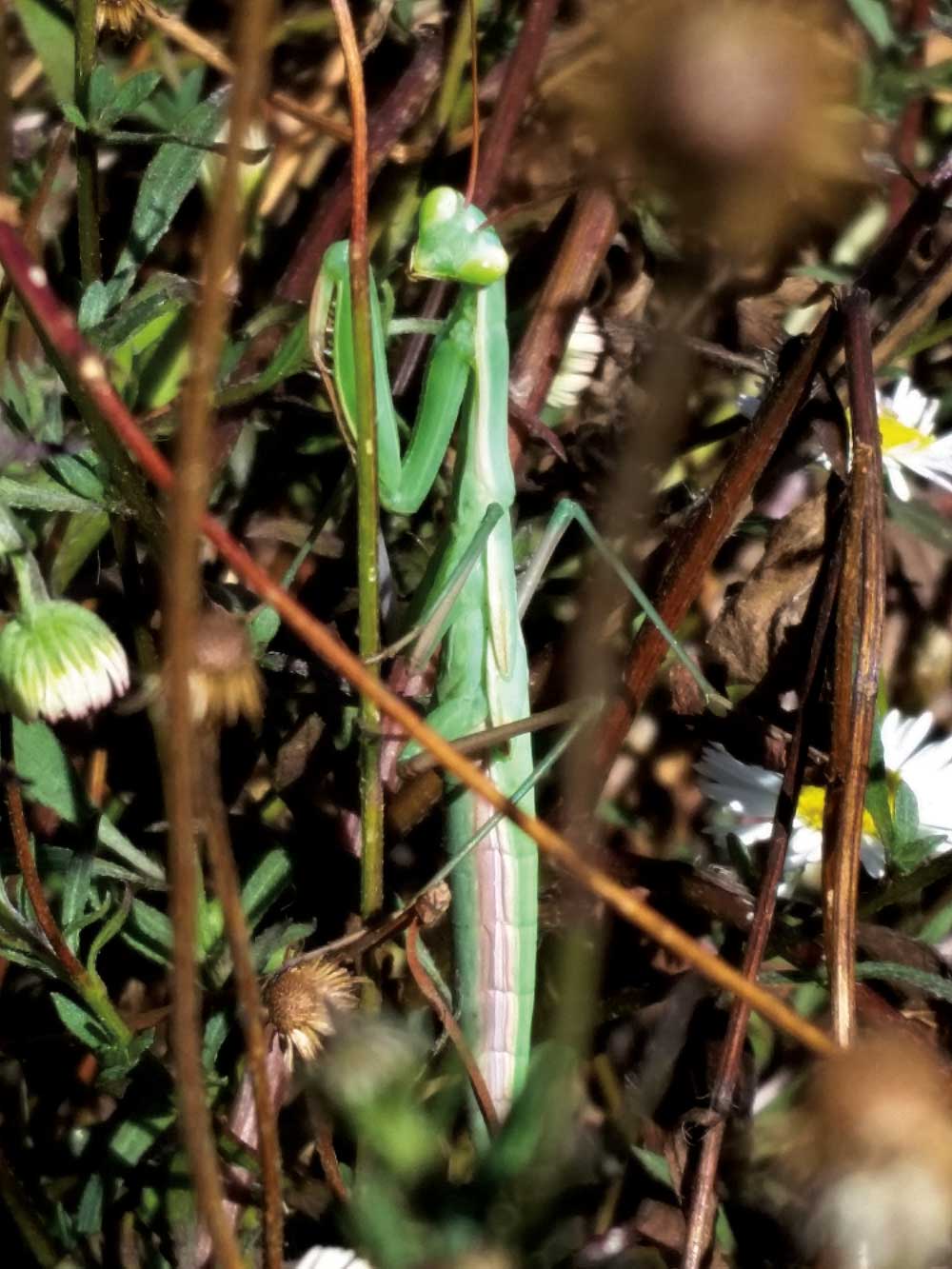 They blend in with leaves to await prey. Often their only movement is the sudden swiveling of their heads to view targets (or predators). Their necks are remarkably limber. They can turn their heads nearly 180 degrees, like owls. They do this to best focus their super-sharp, bulbous stereotopic eyes. This one has obviously spotted me and appears to be watching to make sure I’m not a predator.

Mantises rapidly lash out with their long front legs, grasping their unfortunate prey in sharp, serrated, vice-like pincers. Faced with a predator they extend their legs wide and wave them to appear larger and more formidable. In China a school of martial arts is named after and modeled on the behaviors of this fierce insect predator.

It’s not fair to judge folks by their relatives, right? So don’t hold it against the mantis that his closest relatives, zoologically speaking, are termites and cockroaches. Compared to those distant cousins, however, the mantis is a loner, uninterested in gang activities, content to live the life of a solitary hunter.

He will get aroused by a female though. If nothing else is around mantises will eat each other, and they practice sexual cannibalism. During intercourse the female will attempt to decapitate the male, which ensures and maybe intensifies his ejaculation while conveniently preventing the male from eating her. Therefore his strategy is to couple quickly, perhaps via a stealth attack from the rear, and then beat it before the petite mort of their rough sex becomes just la mort, tout court.

It’s a hell of a way to go through life. Good luck, fella.