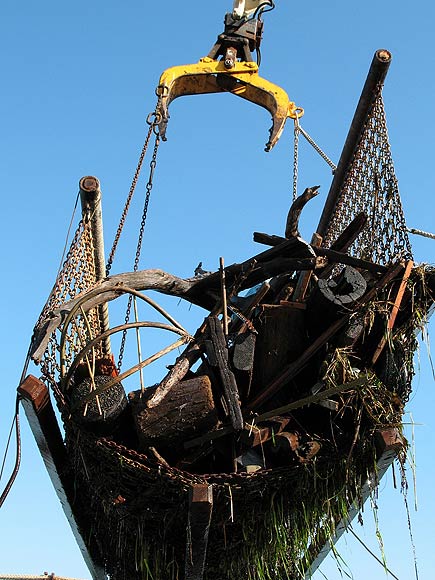 This photo is from a set posted to Flickr entitled “San Francisco Bay Debris – KQED QUEST.” The photos document voluntary Bay cleanup by a group of San Francisco sailors, who were moved to action when a seaplane crashed into a telephone poll that was floating in the bay — sixty-five years ago. According to a the site, “Ever since, a group of Sausalito sailors has toiled as San Francisco Bay’s unheralded trash collectors — removing everything from floating concrete to dead bodies.”

Pilgrimage Sites in the Haight