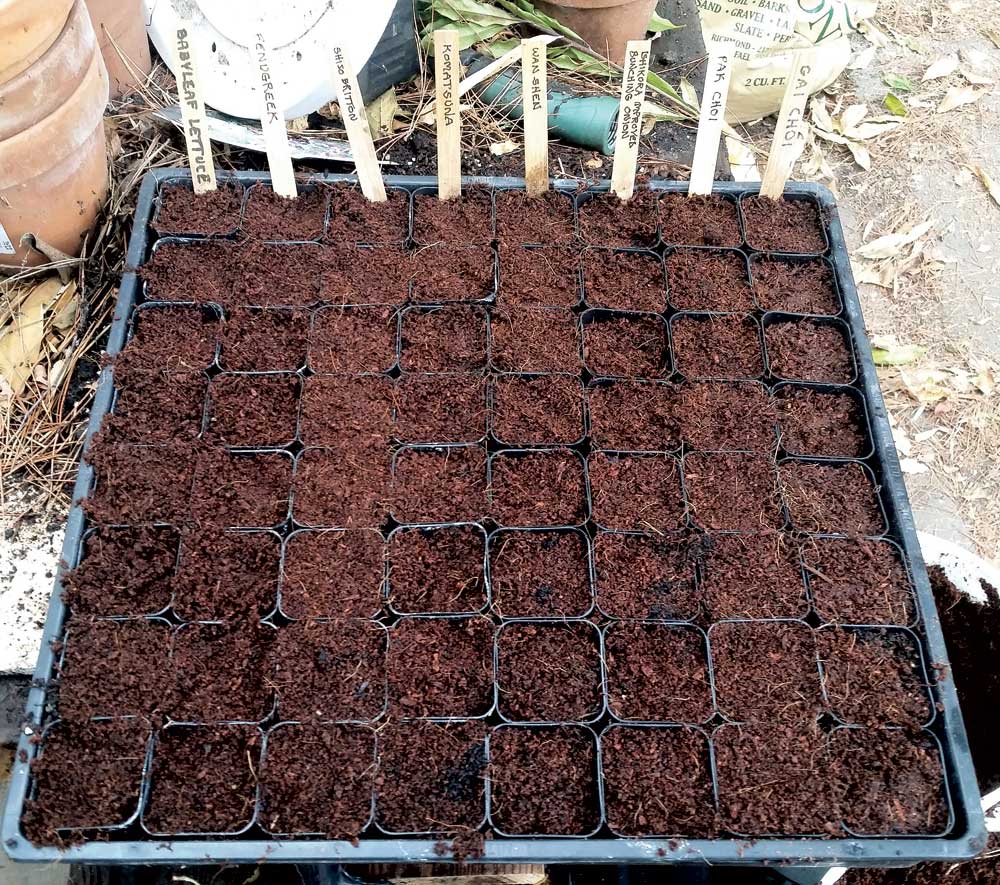 I’ve started a batch of fall crop seeds. I’ll be growing these in a small greenhouse. 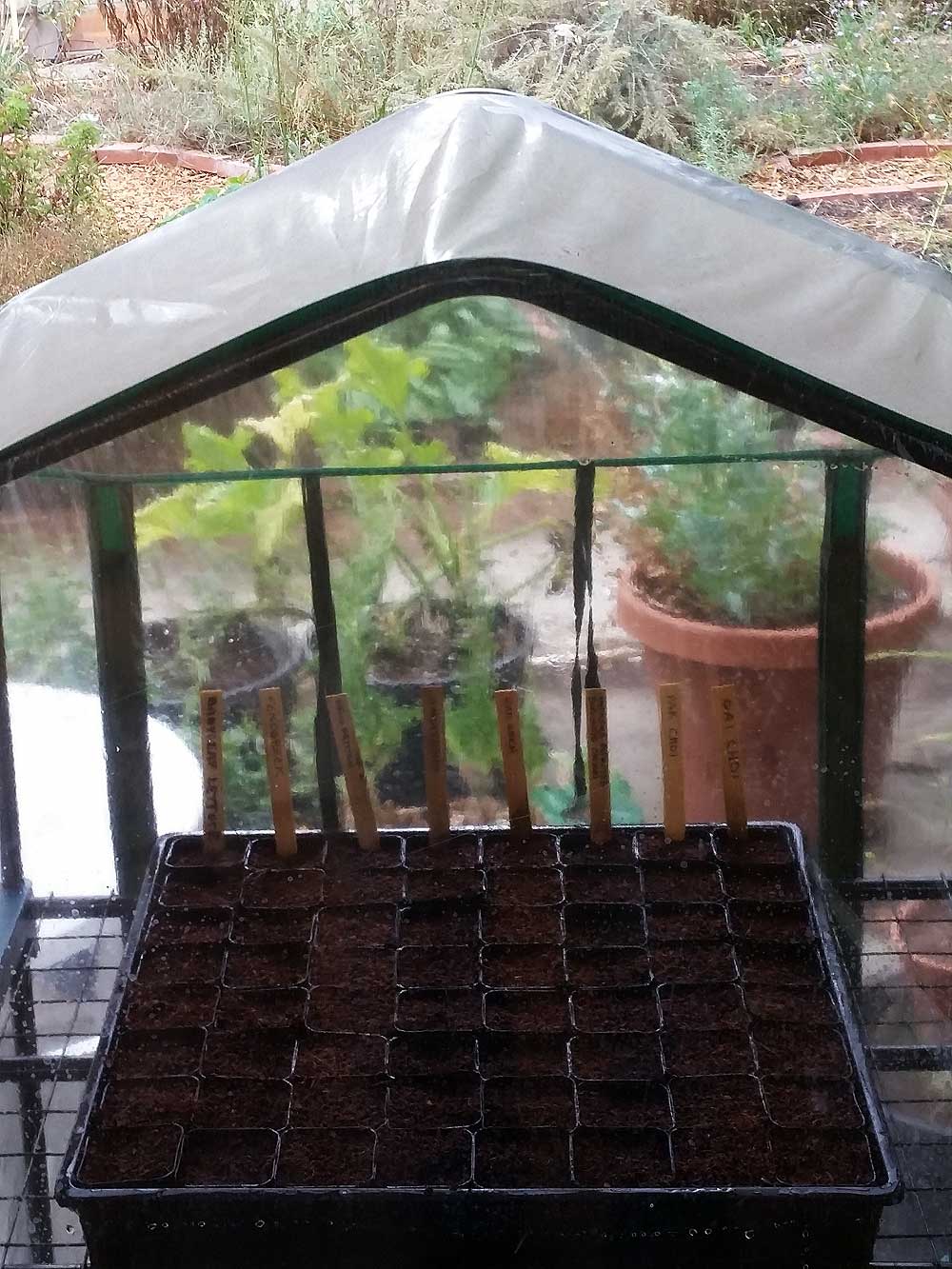 I’ve abandoned, at least for now, the plug system I was trying out last winter. The plugs became not just expensive but also annoying. Although the plugs are said to be organic (I’m still a little skeptical), I don’t like the way they don’t decompose and integrate properly into the environment.

Instead, I’m planting in almost pure coir (I did mix in a small amount of planting soil). Coir is nice because it is slow to dry out, but it also drains well, so the seeds shouldn’t rot. I buy the coir in compressed blocks. They about triple in size when watered, which I currently do in a wheelbarrow. Then I transfer to buckets. One block creates about three buckets of ready-to-use coir.

END_OF_DOCUMENT_TOKEN_TO_BE_REPLACED 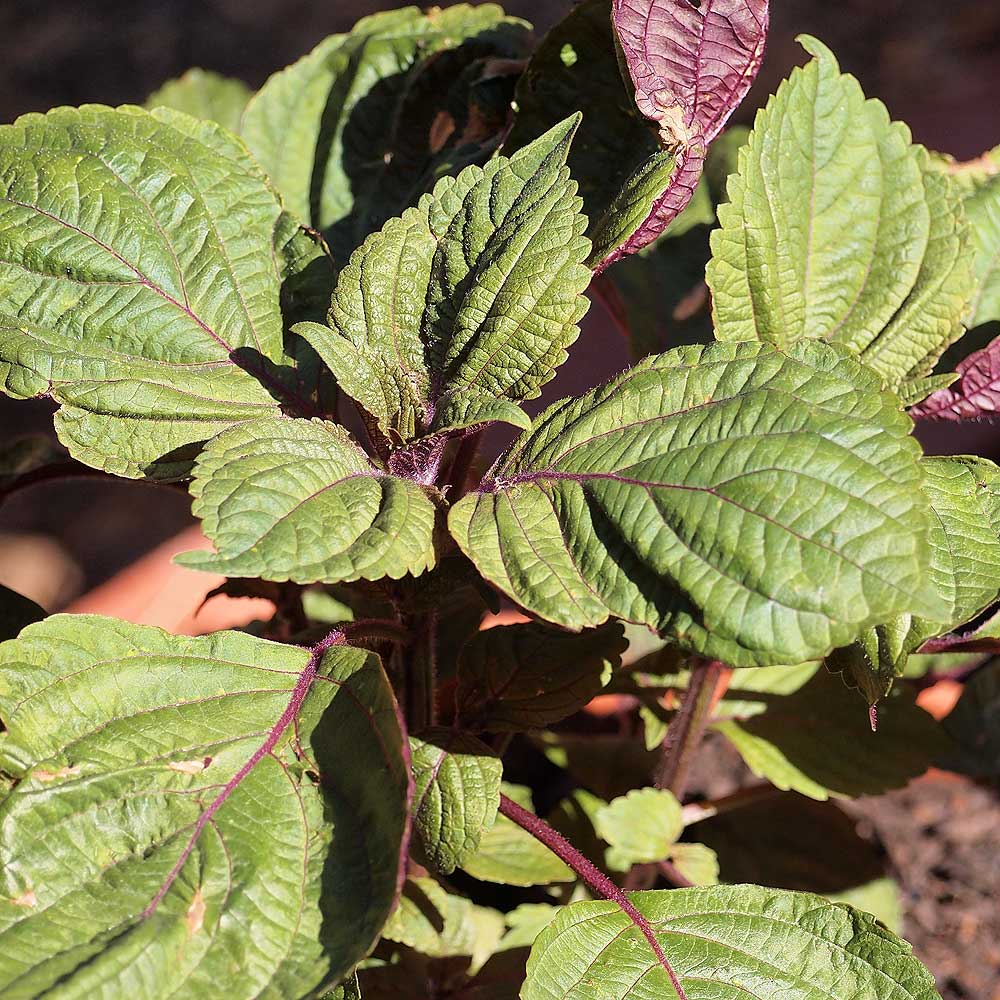 This is shiso, a plant in the mint family. The stems and undersides of the leaves are purple, and the plant resembles coleus. (There is also a green-stemmed variety, and a frillier type.) Shiso, a form of perilla, originated in East or Southeast Asia, and is mentioned in a text from around 500 CE. The purple form, called akajiso, is used for coloring pickled plum (umeboshi) and as a distinctive flavor reminiscent of mint and cinnamon in a variety of dishes. The green type is probably better as a fresh green, but the purple kind adds an ornamental element to the garden. 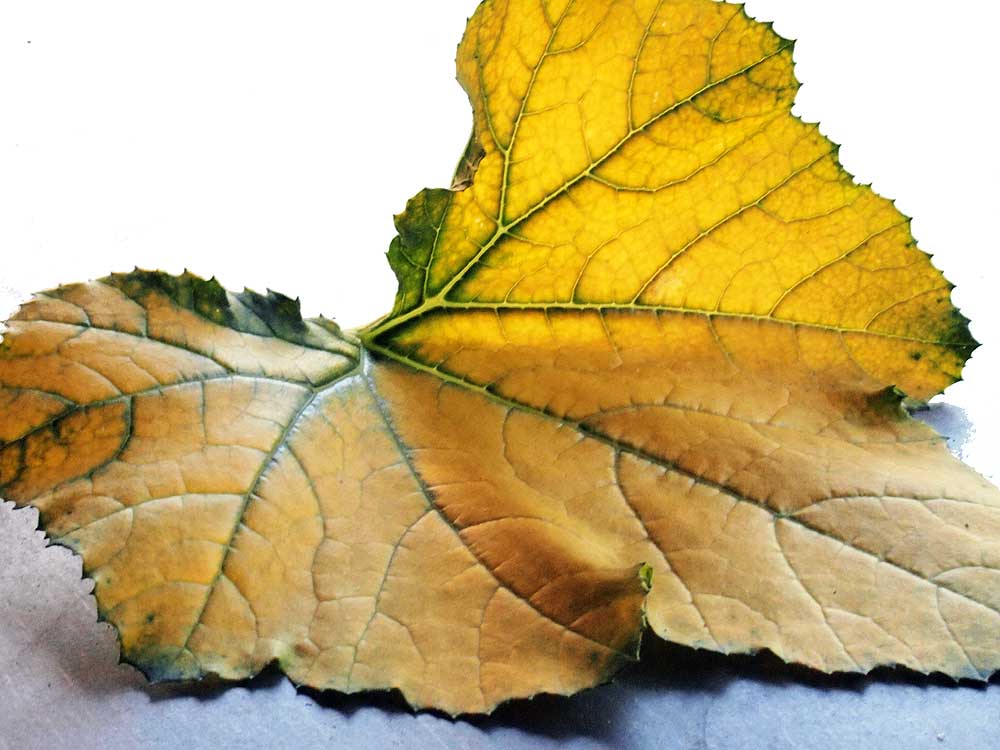