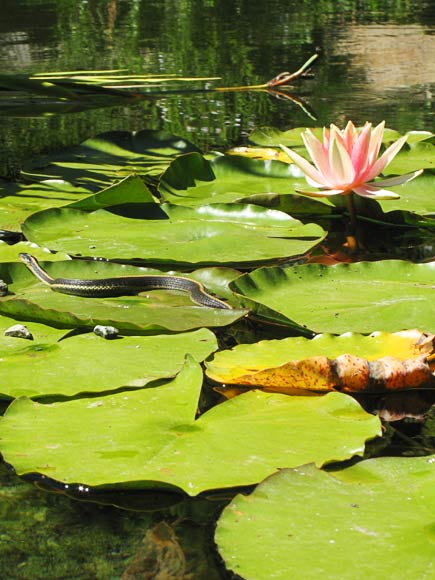 Here’s another in my series of photos of water lilies. This is from the University of California Botanical Garden at Berkeley. With this one you get a bonus: a water snake on one of the pads.

Another record for San Francisco