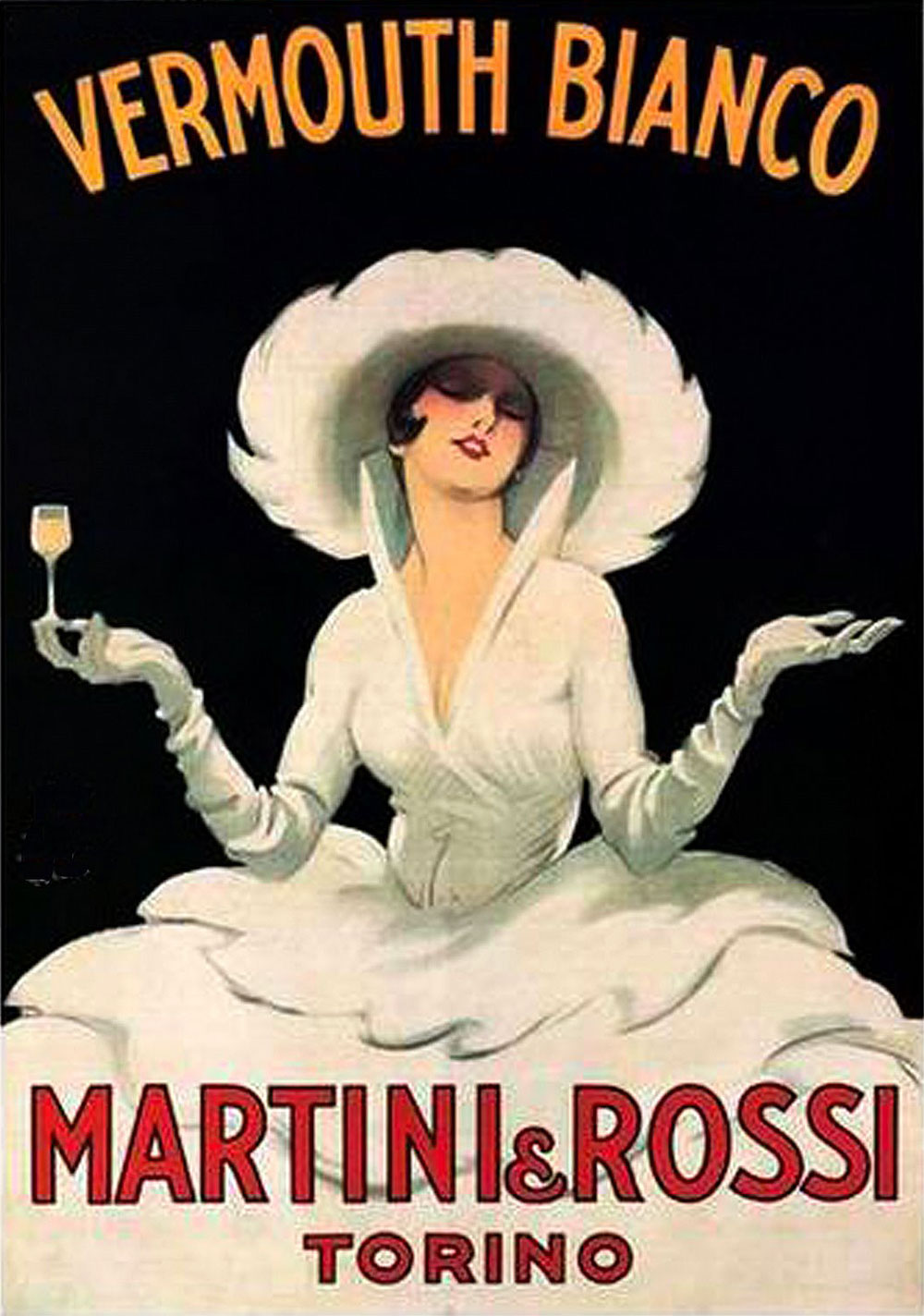 The first question about making vermouth, I suppose, is why?* It’s a two-part question, really. Why vermouth? And why homemade?

Vermouth is a fortified wine flavored with fruits and botanicals (herbs and spices). For general online information on vermouth, Vermouth 101 can’t be beat. A good print resource (particularly for the history of vermouth) is Adam Ford’s Vermouth: The revival of the Spirit that Created America’s Cocktail Culture (2015).

The two main types are sweet and dry, the first historically associated with Italy, the second with France. Vermouth is an essential element in cocktails, from the Martini to the Manhattan to the Negroni to countless others. It was once more popular as something to be drunk neat than seems to be the case today. A palatable vermouth makes possible lowering the alcoholic content of your drinks and cocktails. This can be a good thing.

You can easily find cheap commercial vermouths. Which is actually part of the problem. Vermouth goes bad fairly quickly, and if you start with stale, indifferent ingredients … well, it’s no wonder the drink has been slow to really engage an American audience. Top-quality vermouths, like most cocktail ingredients, will set you back a bit. Part of the fun of vermouth is making it with locally sourced botanicals. Stuff from the garden is the best.

The word vermouth comes from the French vermout, from the German Wermut, “wormwood.” By European law, all vermouth must contain wormwood. This herb, Artemesia absinthium, is one of the bitterest of all bittering agents. Famously, it is a key ingredient in absinthe. Making vermouth is similar to making cocktail bitters, in that it combines bittering and flavoring agents. But whereas cocktail bitters are usually around 60-68% ABV, vermouth is usually between 16 and 18% ABV (wine is usually around 11-14). It is a lightly alcoholic drink in which the main ingredient is wine.

In this post I will summarize some of the wisdom of the internet on making vermouth. In a future post I will discuss my own efforts. Techniques of making  DIY vermouth vary considerably, not just in the details of ingredients but even in fundamental approaches. You can do your own search and come up with a lot of results, but I’ve looked at quite a few of them and selected the ones I have found most helpful.  So here’s a curated and annotated guide to resources. Let’s begin with a little background about commercial production.

As I mentioned above, check out Vermouth 101.

Alcademics.com, the website of Camper English, is generally a good source of information on alcoholic drinks. One page there offers a pictorial guide to some of the botanicals used in Italian vermouth.

English also visited a French vermouth producer, Noilly Prat. It’s interesting that this producer fortifies its wine with a lemon-raspberry eau de vie. He also discusses the differences among Noilly Prat’s various vermouths, and reveals some of the botanicals they use.

Finally, English gives some of the history and regulation of vermouth, based on a presentation by Giuseppe Gallo.

Now for some approaches to making your own. A good place to start is with Jack Bevan, winner of the 2014 Young British Foodie Award in the alcohol category. His approach involves infusing botanicals much as one would do for bitters. He uses twenty botanicals in his vermouth, in the following proportions (weight is for the infused essences, not the raw materials): 15g angelica seed, 15g bay, 10g black peppercorn, 1g cardamom, 8.3g cinnamon, 0.5g clove, 15g coriander seed, 2g gentian root, 15g juniper berry, 5g marjoram, 5g nutmeg, 14.6g orange peel, 6g orris root powder, 4g quassia bark, 5g rosemary, 15g sage, 5g star anise, 5g vanilla pods, 4g wormwood, and 2g yarrow. He combines the infusions (he calls them teas) with wine and a caramel made by heating sugar in a fry pan. Bevan’s approach is a little different from many because the fortification of the wine comes entirely from the vodka used to make the herbal infusions. He mixes his materials by weight using kitchen scales so he can determine ABV by arithmetic. Assuming the wine is 12% ABV and the vodka 40% ABV (this is not specified), then 150ml infusions * .4 = 60 and 500ml wine * .12 = 60. and 120/650 = 18.5ABV.

(The Guardian’s guide to making “the perfect vermouth” is virtually identical to Bevan’s.)

Let’s next visit Amy Stewart, the Drunken Botanist (she also has a book of the same name). Rather than a specific recipe, she offers some general advice. For example, for fortifying the wine she recommends “brandy, grape eau-de-vie, cognac, grappa, even port or sherry.” She also adds fruit, such as “berries, peaches, apples, citrus,” which she infuses in brandy or another high-proof spirit for just two days. (Bevan infuses for two weeks.) She boils the fruit infusions in wine. Other ingredient suggestions include “gentian root, angelica root, cardamom pods, star anise, vanilla bean … oregano, sage, thyme, rosemary, bay leaf, coriander, and wormwood. She adds caramel for sweet vermouth only, none for dry.

Masa Urushido and Nacho Jimenez, the head bartenders at Manhattan’s Saxon + Parole star in an illustrated vermouth-making guide from Munchies. They use a Riesling wine and infuse the bittering and flavoring botanicals directly in the wine for two weeks. Then they add an (unspecified) eau de vie and finally flavor with sugar and sea salt. This is the only recipe that adds salt. It seems a plausible recipe.

Meghan Boledovich, “staff forager” for Print, a restaurant on 11th avenue in Manhattan, talks about making vermouth based on a recipe from Sebastian Zutant of Proof restaurant in Washington, D.C. Like Stewart, she boils the botanicals in wine. She fortifies with sherry. Like most vermouth makers, she recommends Pinot Grigio or a similar wine, along with some other possibilities, for the wine base. She does not seem to add caramel. Her ingredients include wormwood, gentian root, chamomile, juniper berries, cinnamon, sage, cardamom, coriander, and orange and lemon rind. This is a nice, simple recipe.

Kelly Magyarics at Wine Enthusiast magazine also references the technique of Sebastian Zutant. He boils the botanicals in wine and then steeps the mixture overnight, then fortifies it with sherry. He uses Palo Cortado or Fino sherry for dry vermouth and sweet or cream sherry for sweet vermouth. He does not use caramel. This is a quick and simple method.

Flynn McLennan, Owner/Bartender at Kagura in Surry Hills, Sydney, Australia, combines the botanicals with the wine and vodka all at once and infuses the mixture for a month. His botanicals list is quite long.

J. J. Proville at starchefs.com offers a survey of different approaches to making vermouth. Like Stewart he describes a range of options rather than a particular recipe.

These links might be of interest, but I would start with the ones above.

Chris Tunstall at abarabove.com adds red wine to his vermouth. This is unusual. He also provides a video, but it’s not a demonstration, it’s just him talking.

Fiveandspice at Food52 offers a few basic tips along the lines of “don’t start with a wine you really don’t like.”

This nicely illustrated guide by home vermouth makers  uses the boiling method. But the authors use a cheap chardonnay wine (Two-Buck Chuck), which does not seem a good idea to me.

Food and Wine infuses fruits for two days in brandy and adds the result to caramel. They boil the botanicals in rosé wine and and add to Port. Then they mix it all together.

It’s clear that there is a range of approaches to making vermouth. Of course the recipes differ in ingredients, but they also vary quite widely in how to infuse flavors, what to infuse them in, how to fortify the wine, whether to add caramelized sugar, and other issues. Which approach you choose is probably largely just a matter of personal preference (I’m not aware of any taste test comparing different approaches). But all of them are easily doable.

I’m a little skeptical of infusing with wine, because the low proof would be less effective in extracting the essential oils from the botanicals than higher proof spirits. Still, some may prefer subtle flavoring. For sweet vermouth, if using a sweet sherry to fortify the wine, as Sebastian Zutant does, gives good results, then this seems less fuss and bother than making caramel. I will try that. And as I already have quite a few infused tinctures, my approach will resemble that of  Jack Bevan. Stay tuned for more.

Let me know of good resources I have missed so that I can add them.

* Professor Irwin Corey, the world’s foremost authority, on why he wears tennis shoes: “Well, that’s a two-part question,” he began. “First you ask why. Well, why has been plaguing man since time immemorial. Statesman, philosophers, educators, teachers, scientists have been asking the ultimate why. And in these few moments allocated me, it would be ludicrous on my part—for the sake of brevity—to delve into the ultimate why. Do I wear sneakers? Yes.” Return to top of page.