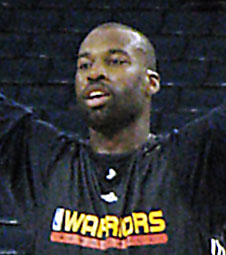 The Bay Area’s NBA team, the Golden State Warriors, must be contending for some kind of record for futility. They’ve missed the playoffs 25 out of the past 30 years. Despite this record, they somehow have retained a rabid fan base.

Of the five times the Warriors have made the POs in the past three decades, four were under coach Don Nelson. Now they have a good shot at making it again, after an absence of twelve years — once again under Nelson, who returned this year to again coach the team.

With two games to play the Warriors hold the eighth and final playoff spot. On Tuesday they face the Mavericks, owners of the NBA’s best record. Can they prevail?