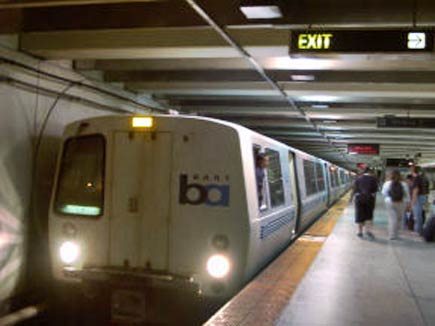 BART leadership has announced a change of strategy that will see it abandoning the expansions of recent decades in favor of running more trains more closely together and adding more stops on existing lines. There is talk of adding an earlier train to the airport (though just a train or two scarcely sounds enough to make much of a difference).

Early trains to the airport are a good idea, since BART strangely went to the trouble of expanding there and then failed to provide the trains that would enable travelers to catch the peak early morning flights. But if BART really wants travelers to use it to connect with flights, it needs to add luggage ranks to the trains. And it needs to provide a shuttle to the Oakland airport that is not sheer misery, like the current packed cattle cars.

While it’s true that expansion has been a bit precipitous, BART should nonetheless expand along the I80 corridor, which is an idea that it dropped twenty-five years ago and never picked up again. Highway 80 is consistently ranked as the worst or second-worst commute in the nation. Yet BART has preferred to expand to places like Pleasanton and Pittsburg, rather than do something to help alleviate the worst traffic problem in the entire country.