Lots of new growth on the Donkeytail Spurge (Euphorbia myrsinites) this mid-March. The new growth is bright green; older leaves are blue-gray. Also called Myrtle Spurge because the Latin word myrsinites alludes to myrtle (Myrtus communis), which the plant was thought to resemble, this is a succulent spurge native to Southern Europe and West Asia. It is a low-growing (to about six inches) evergreen perennial. The “tails” grow to about one to one and a half feet long, spreading radially. The bright new growth resembling flowers is actually a specialized leaf called a bract. 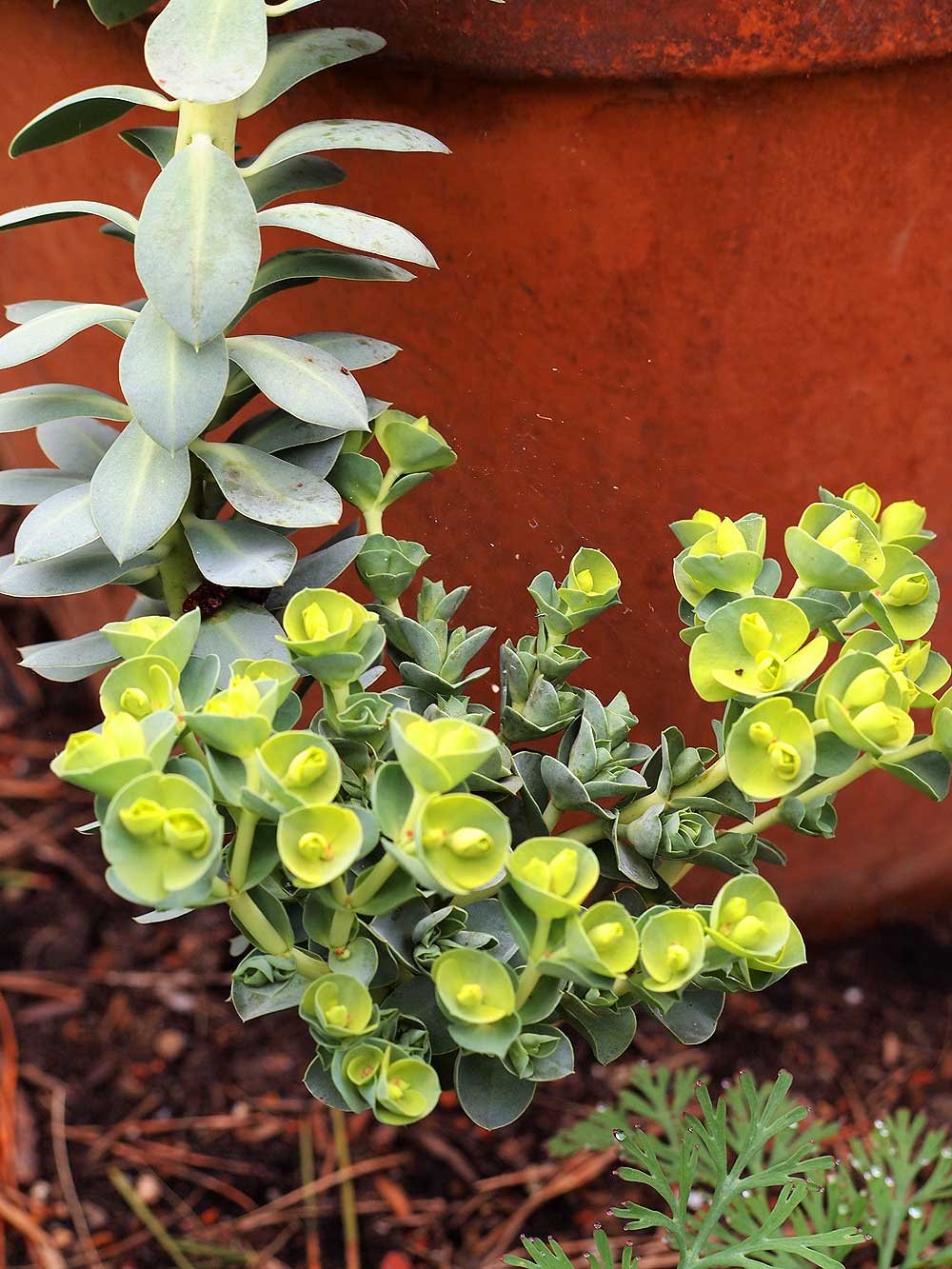 In some respects this spurge can be nasty. It projects seeds quite a distance and can overrun other plants. It is illegal to grow in Colorado, where it is classed as a noxious weed because of its invasive habit, though San Marcos Growers say this is not a problem in Mediterranean climates like ours (I would not recommend it in inland climes, except with caution and vigilance). In addition, like many spurges, it produces a sap that can cause fairly serious skin irritation in some people (and other animals); children are especially susceptible. You don’t want to get the sap in your eyes, that’s for sure. Finally, it is alleopathic, meaning it produces a substance that can prevent other plants from growing nearby. For these reasons I grow mine in containers and use gloves when repotting.

Despite all this, I am fond of this plant, as I am of most spurges (for an opposing take, check out the spurge haters at Dave’s Garden). Annie’s Annuals describes it as “an easy, tough, tidy groundcover that lends marvelous texture to rock gardens and is great trailing over rock walls.” I also have several Honey Spurges (Euphorbia mellifera). Both plants have not only interesting forms but also an almost electric brightness. You feel like this plant knows something. I just don’t know what.