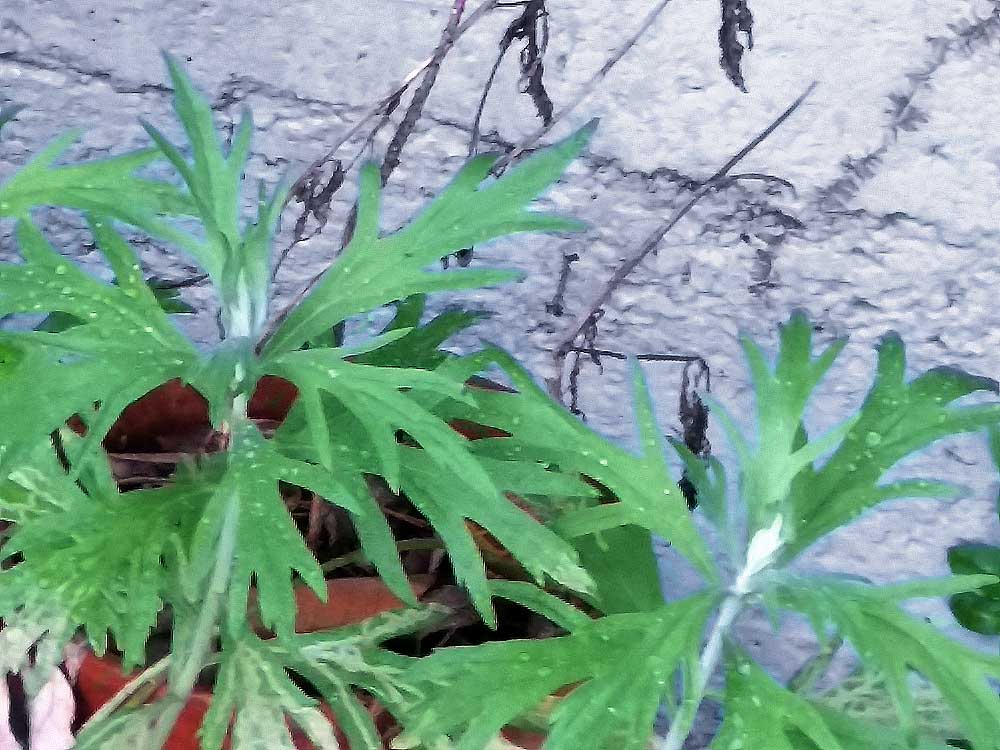 Many health claims are made for mugwort, perhaps foremost that it is an antidote to poison oak skin reactions (which is convenient since the plants often grow together). If applied soon after exposure, the crush leaves are said to lessen the effects of the poison oak. In any case, they are moisturizing to the skin.

Among the many other health claims made for mugwort are relief of joint pain and headaches, calming of spasms and other nervous maladies, improvement of digestion and relief from stomach ache, prevention of reflux, processing of rancid fats, and regulation of menstruation. Before going crazy with mugwort self-medication, it might be good to check out a scholarly article published in the National Library of Medicine, which seems to indicate that mugwort extracts are cytotoxic against both normal and cancerous human cells. The nine authors conclude that “until further is known about the safety of this medicine, caution should be taken when consuming extracts of California mugwort, whether as a tincture or as a tea.” Dosage is likely an important factor.

On the other hand, mugwort has an extremely long history of human use. Julie James of the Green Wisdom Herbal Education Garden in Longbeach has a good video on growing mugwort and using it as an herb. Another video that might be of interest is a recording of a naturalist talk by naturalist Dennis Dowling.

I haven’t used this plant medicinally, although I have used its cousin, Artemisia absinthium, as an antidote to amoebas (acquired in travels in Latin America and Asia), and as a bittering agent in cocktail bitters. Each of the five artemisias in my garden (douglasiana, absinthium, pycnocephala, dracunculus, and californica) is quite distinct in appearance. This one has grown on me just as a garden plant. I am keeping it by one of the garden faucets, where it regularly gets a bit of spillage, near my collection of mints.