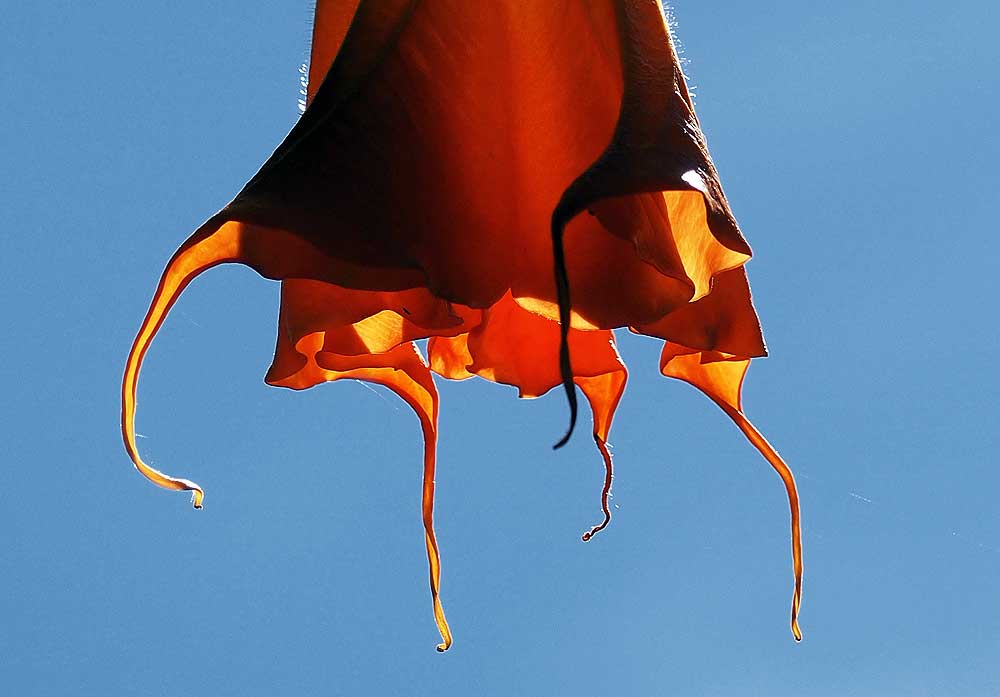 Not everything in the garden has to be obscure. ‘Charles Grimaldi’ is one of the most widely available cultivars of Brugmansia for a reason. It’s fragrant, attractive, and reliable. Today I enjoyed playing with photography of some of its large, trumpet-shaped flowers.

Mine is growing at the property line under oak and plum trees, as well as bottlebrush and other shrubs. This is an area that gets some morning sun but it is protected from the hottest and most intense sunlight. Under these circumstances the plant has grown tall, maybe twelve feet or more. I give it occasional water during our dry summer season, but not a lot, since it seems to manage pretty well on its own — though the flowers (which are about a foot tall) will wilt a bit in hot, dry weather (but generally recover in the evening, when the fragrance is greatest). It flowers pretty much continuously, year round in my location.

Annie points out that the “huge, recurved & strongly reflexed trumpets start out soft yellow in color & age to gold.” She advises underplanting with blue hydrangea. (I’m not that big on hydrangeas, and I am trying to establish sacred datura under mine.) San Marcos Growers give some history of the cultivar, explaining that it “was named after the late Charles Grimaldi, a California landscape designer, by famed plant breeder Bartley Schwarz (1950 -2004), who operated Highland Tropicals nursery in Half Moon Bay.”

But the name Grimaldi makes me think of the 19th-century British clown Joseph Grimaldi, from whom circus clowns got the name “Joey.” Like Joe Grimaldi the plant is an uninhibited performer, and a  sure crowd pleaser. 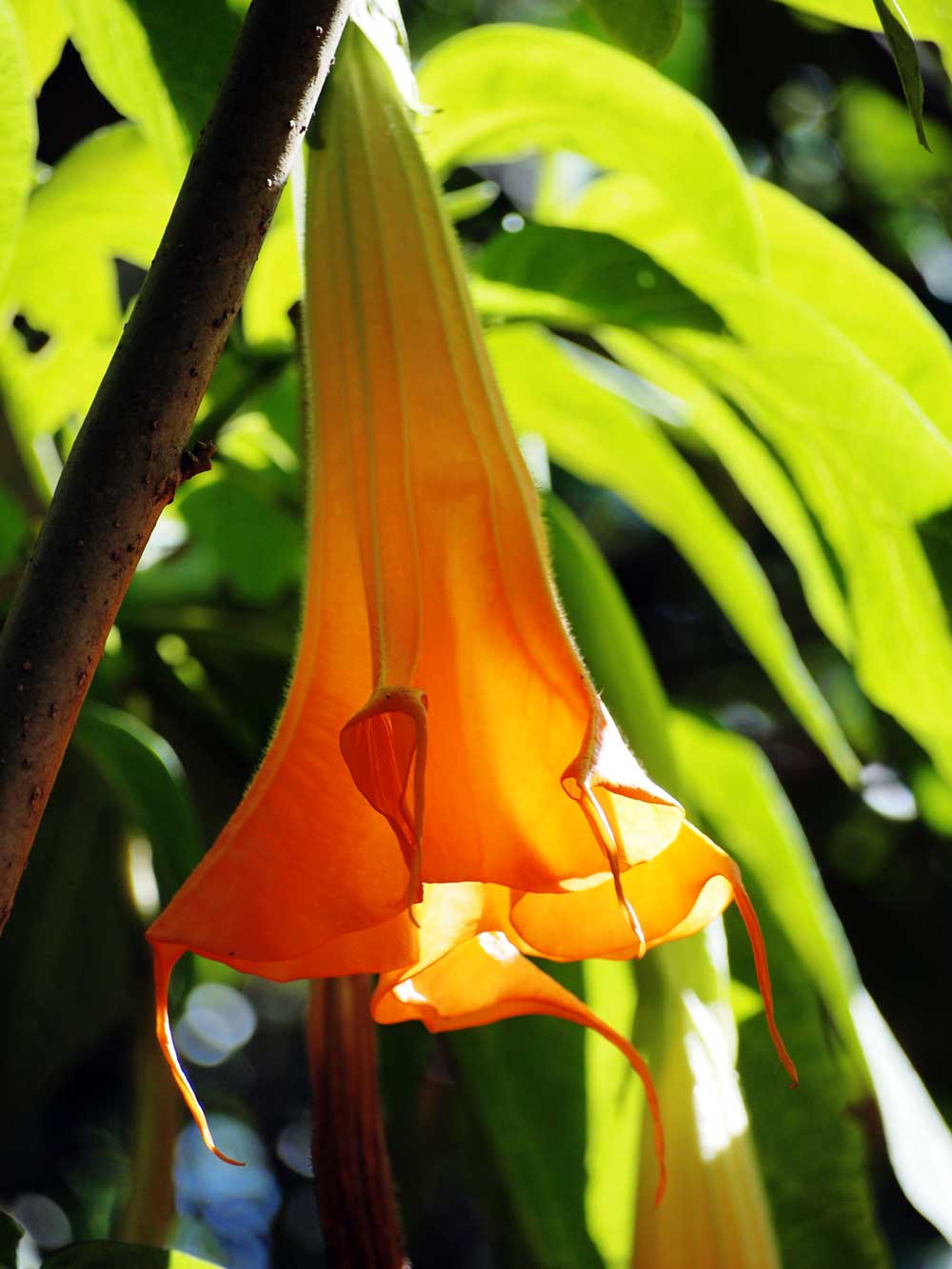