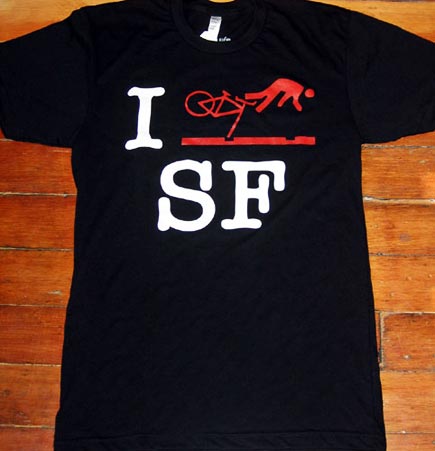 If you have ever biked in San Francisco and hit a streetcar track you will appreciate this t-shirt. 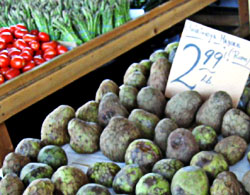 I’ve never been to the San Jose Flea Market, but after seeing Jennifer Yin’s photos I just might have to make the trip. Founded in 1960, the flea market boasts eight miles of “colorful alleys and treasure-laden corridors,” according to its official website.

The market gets mixed reviews on Trip Advisor and Yelp (links below), but Jennifer Yin writes “I grew up in San Jose, and am proud of it. Here’s one reason why: its flea market….” (For the full report visit her flickr set.)

The market is said to receive four million visitors a year, so it might not be the best place to search for solitude. But “the friendly, experienced Flea Market staff has been assisting and successfully dealing with large crowds for more than 40 years,” so if you’re looking for produce, clothing, furniture, automobiles, power tools, home and audio electronics … well hell, just about anything, it sounds like this might be a good place to look. 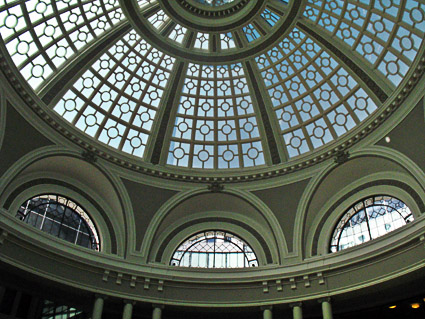 Recently I visited the Westfield Centre in downtown San Francisco, mainly to get a look at the historic dome that was saved from the old Emporium department store that occupied the same location. I had a personal reason for checking it out, which I’ll get to in a minute.

The Emporium, founded in 1896 in San Francisco, was once the major competitor to Macy’s (and I. Magnin) in the region. In 1927 the Emporium merged with an Oakland-based store, Capwell’s, to form Emporium – Capwell. In 1995 the store was bought out by Federated Department Stores, the parent company of both Macy’s and Bloomingdale’s (among others).

On the store’s 100th birthday in 1996, the old Emporium flagship across from the Powell Street cable car turnaround on Market Street — which the company had claimed was the largest department store west of Chicago — was closed. It remained sadly vacant until 2006. Then, in September 2006, Federated opened a Bloomingdale’s on the location as the co-anchor (with the previously opened Nordstom’s) of an urban shopping complex pretentiously called the Westfield Centre.

The Westfield Centre is glitzy, soulless urban schlock. As you can see from the photo at left, it houses some movie theaters, which I haven’t visited yet. The Bloomingdale’s is huge, second in size only to theNew York store, and I suppose it serves as a comfort store for transplanted New Yorkers who crave the consumerist outlets of their past.

It’s probably a fine store, but I was mostly interested in the building’s main historic feature, its dome, which is all that was retained from the old Emporium, other than the exterior facade.

Disappointingly, only glimpses of the dome can be caught from lower floors.

On the upper levels, however, the dome and rotunda can be enjoyed from comfortable chairs, which I suppose would be a pleasant enough place to relax on days when the weather drives you inside.

Part of the reason I wanted to check out the dome and see what Federated had done with the old building is that the Emporium was my first employer when I first moved to San Francisco. Back then the Emporium used to host a carnival on its roof at Christmastime, complete with a full-sized ferris wheel and other rides, food venders, and more (one year they hoisted a working cable car up the twelve stories to the roof). My job was a temporary one — I was their Santa Claus Manager: sort of a stage manager for the Christmas schtick. About half of my Santa Clauses were members of the comedy group Duck’s Breath Mystery Theater (not “theatre” as Westfield would no doubt spell it). Some of the better-known roles of members of the group were Randee of the Redwoods (once a regular on MTV), Ian Schoales (who comments on PBS), and Dr. Science (he knows more than you do). Ian Schoales (Merle Kessler) maintains a blog. 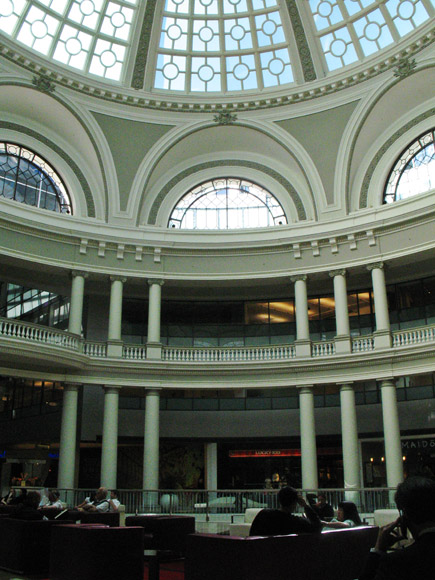 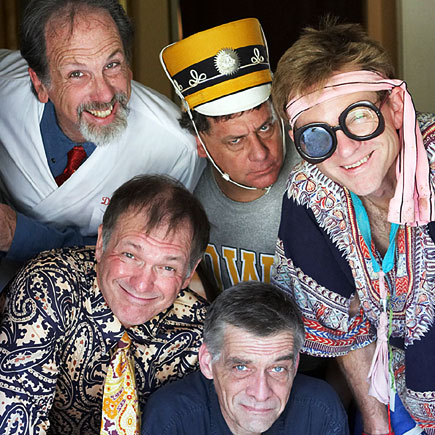 link: memories of the Emporium