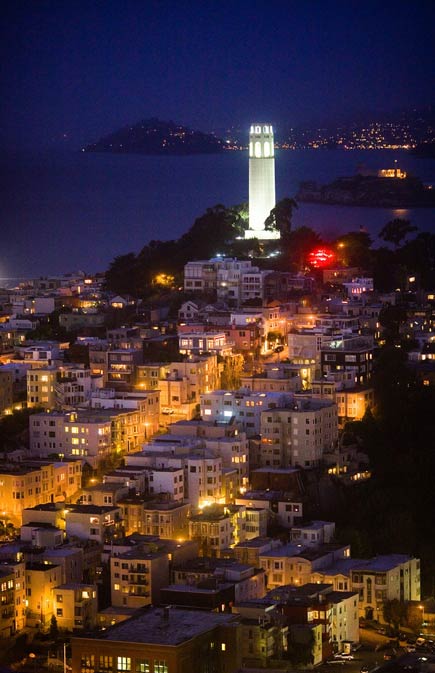 This dramatic (presumably Photoshop enhanced) photo of Coit Tower at night is from Thomas Hawk’s photostream. I don’t know what the red lighted area is.