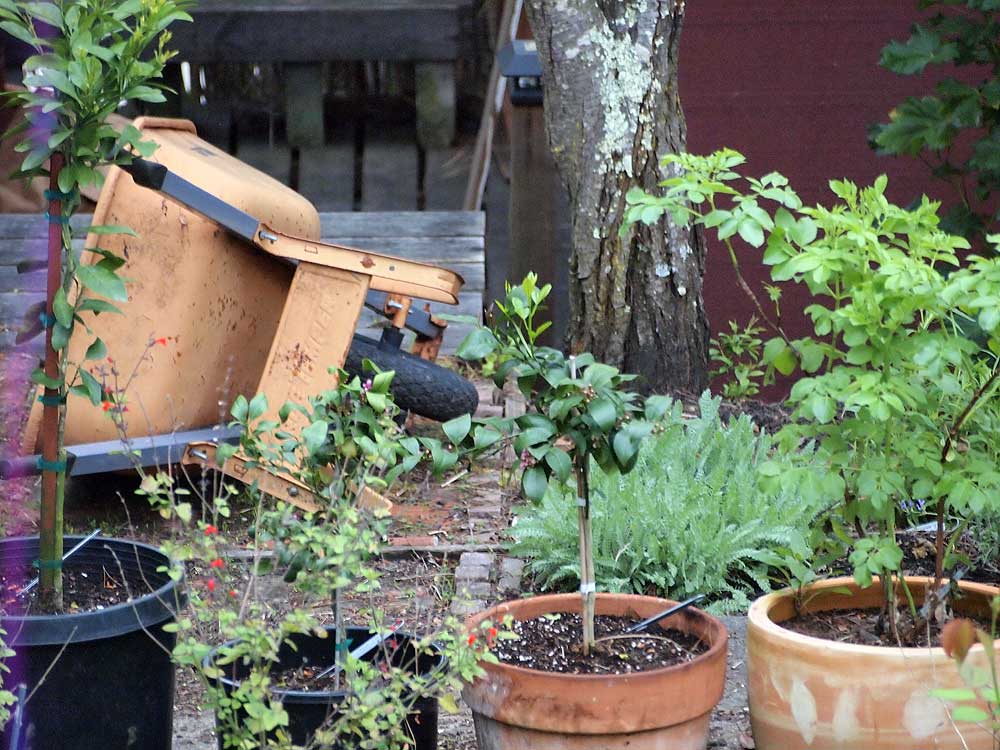 So much depends upon an orange wheelbarrow, scarred from rough use, beside the green citrus. 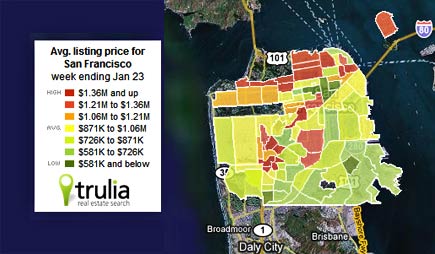 Thinking of buying a house or two in San Francisco? The Trulia real estate prices heat map might be just the thing to help you narrow your search.

Shown are price averages as of January 23, 2008. As you can see, if you refuse to pay less than a million dollars you will have to scratch off several city neighborhoods.

For the most part, the city’s wealth resides at the top of its hills.

The Bay Area’s most livable suburbs 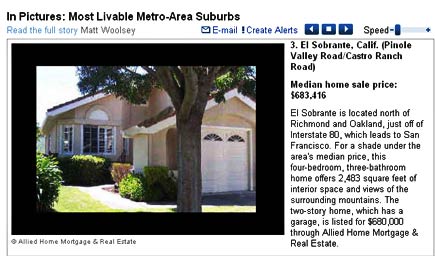 The Bay Area’s most livable suburbs, according to Forbes magazine, are all in the East Bay. They include

I live in El Sobrante (where are the “surrounding mountains”?), but this strikes me as a very odd list indeed. There are more distinguished and exciting places in the Bay Area than these. But I guess that’s not what Forbes was looking for.

I generally resist taking tests at OkCupid, but I figured as the webmaster of Frisco Vista I was obliged to take the SF Bay Area Native Test. It requires you to know some local advertising jingles and the like.

I knew to score well I would have to lie on the questions about Frisco and Los Angeles. San Francisco natives, bless their souls, have a handful of provencial hobbyhorses that they think are cute and cling to dearly. They don’t know the true history of the word frisco, for example, but only Herb Caen’s admonition not to use it. And they think they’re cool when they make fun of L.A., not realizing that it just makes them look small town.

But if you live here for any length of time you learn that this is what being a native is supposed to mean. 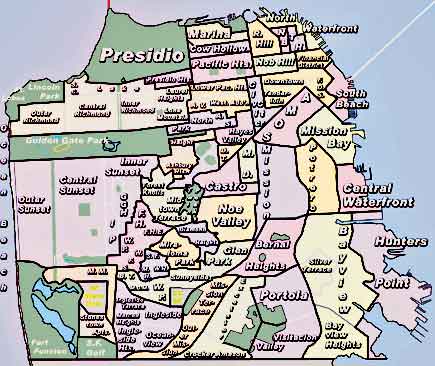 Dreamworld.org has a good overview of San Francisco neighborhoods, with some comment under the heading “a local’s guide.” Nice identification of SF neighborhoods, although the typography and color scheme would induce migraines. For the screenshot above I mellowed out the colors a bit. 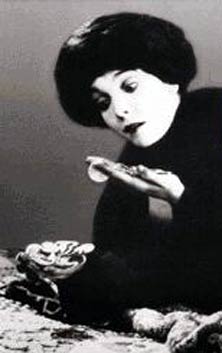 Early Chinese immigrants to San Francisco referred to northern California as “Gold Mountain.” The name, an echo of the 49ers gold rush, expressed the promise of a land of riches. Many of those immigrants were doomed to disappointment, but the land of riches, has, apparently, come to pass. According to CNN Money, San Francisco is the third richest community in the nation, with a median income of $65,497. San Jose is second, with a median income of 73,804. (And, in case you’re wondering, Plano, Texas, is first at $77,038.)

According to an article in the Chronicle, Hunters View, a 265-unit housing complex in Hunters Point, received one of the worst public housing scores from the U.S. Department of Housing and Urban Development of any housing in the nation. The inspection “found shattered glass on the ground, missing sewer and drain covers, roaches in apartments, malfunctioning appliances, and mold and mildew. Perhaps most remarkably, the inspection found 64 percent of the units had missing or inoperable smoke detectors. Hunters View was the site of the 1997 fire that killed a grandmother and five children – due, a judge ruled, to the San Francisco Housing Authority not having installed a smoke detector.”

The cost of living is high in San Francisco. It’s a difficult place for people with low incomes. I believe the city has lost some vitality because it is so difficult for adventurous young people to survive here. Today, Portland or Seattle seem in many respects more like the San Francisco of the mid twentieth century than our present San Francisco does.

Image: Zasu Pitts in Erich von Stoheim’s Greed (1924), based on the novel, set in San Francisco, by Frank Norris. 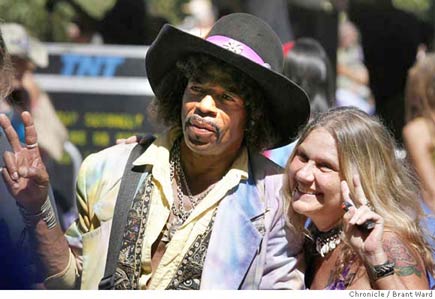 How Expensive is San Francisco?

That’s the discussion at MetaFilter, headlined “If I move to San Fran and earn the same salary as I do in St Louis, will I be poor?” There’s a variety of viewpoints. (For me, Saint Louis is too far from the ocean.)