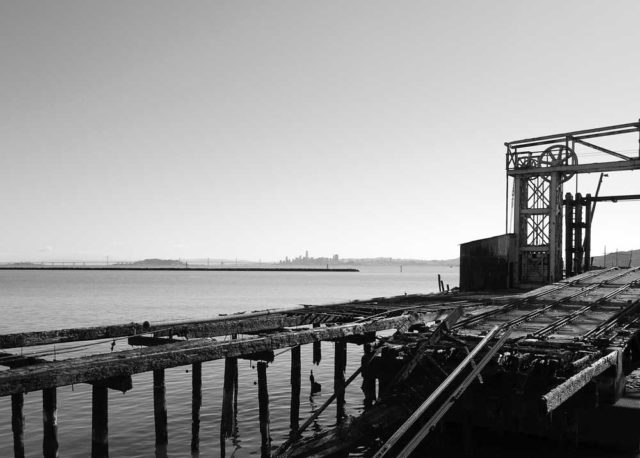 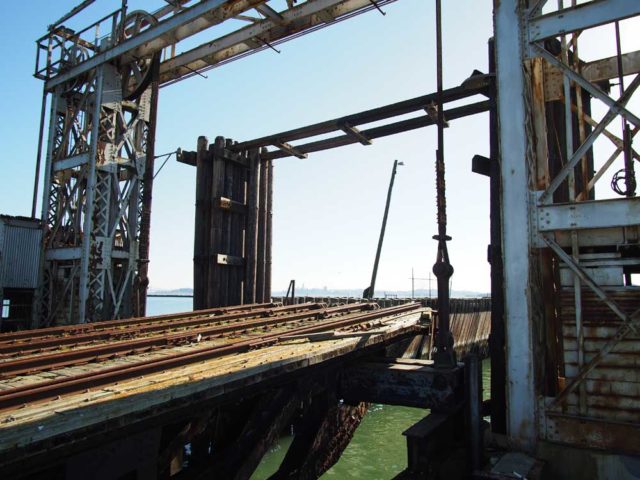 The Santa Fe Railroad’s transcontinental track terminated in Richmond. From here travelers and cargo were placed on ferries for the final journey across the bay to San Francisco. The service opened with fanfare in 1900, but later in the century, following the opening of the Bay Bridge in 1936, ferry use declined. Santa Fe’s own ferry service ended in 1933, but other operators continued to use the landing as late as 1975 before the service finally died out. A fire in 1984 further contributed to the landing’s current derelict appearance. 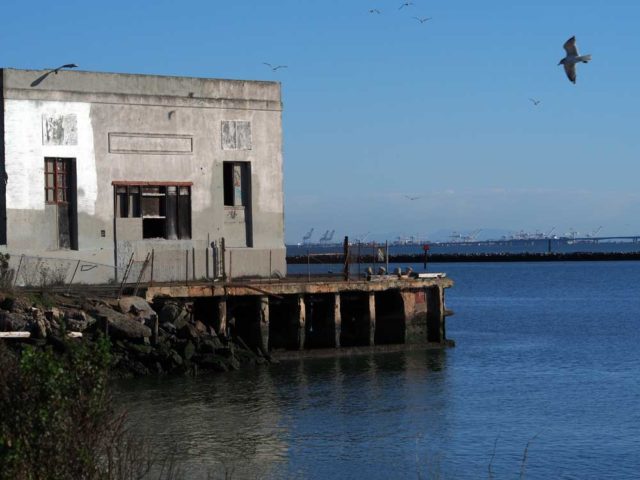 Cranes at the Port of Oakland behind an abandoned Ferry Point building.

An attempt in the 1990s to establish a new Richmond-San Francisco ferry, under the auspices of the Red and White Fleet, relocated the Richmond ferry terminal to Ford Point on the Richmond Inner Harbor, a couple of miles to the east. Recent years have seen fitful efforts to restore the ferry, and a new service is said to be opening in September 2018. 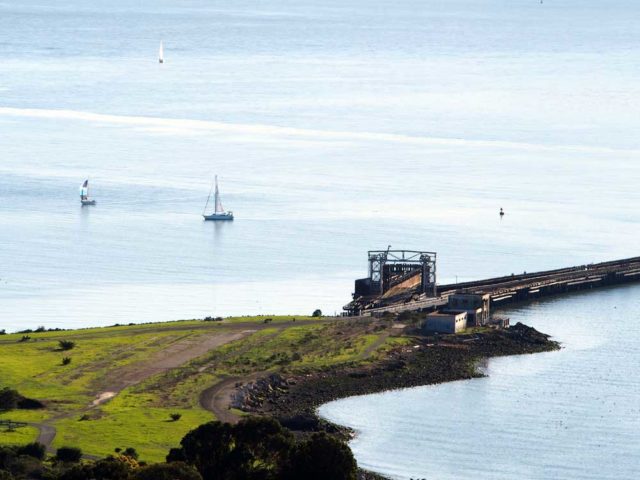 Miller/Knox Park park offers a lazy lagoon frequented by waterfowl, dog walkers, and parents pushing strollers; a green shoreline suitable for picnicking; and a small sand beach, as well as steep hiking trails that ascend to magnificent views in all directions. (It’s also possible to reach most of the way to the highest point, Nichol Knob, by car.) Plans are underway for a revamp of the park, and the park service has requested community input. One can only hope that the results are positive. I hope the old ferry landing stays much as it is, as a harbor for aquatic life and a reminder of the region’s history. 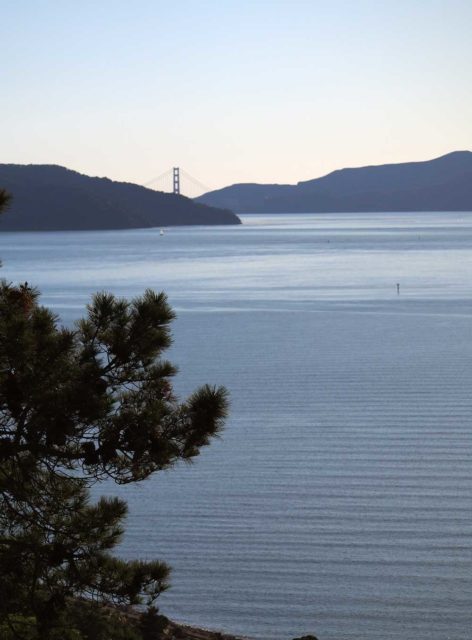 “Writer and pierfisherman” Ken Jones writes of Ferry Point as a fishing location, “The pier extends 550 feet into the bay in waters that are home to perch, jacksmelt, kingfish (white croaker), brown rockfish, starry flounder, halibut, sharks and rays. In addition, these waters are prime migratory paths for striped bass, sturgeon and salmon during the appropriate seasons.” 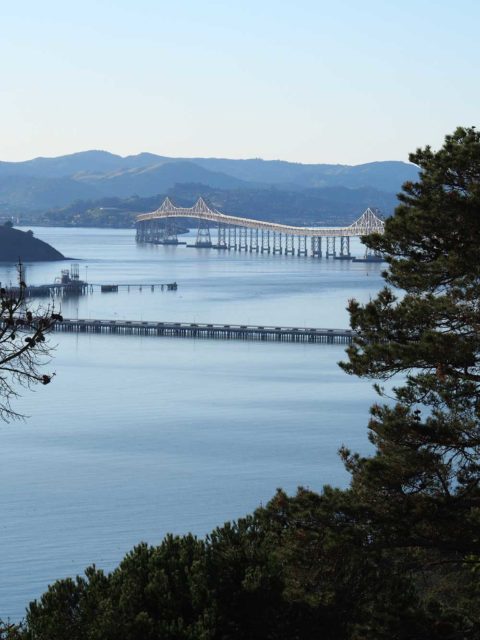