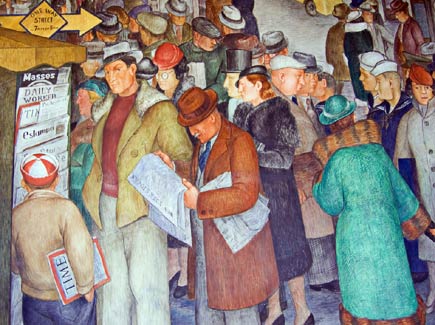 Victor Arnautoff studied at the California School of Fine Arts before going to Mexico, where he worked as an assistant to muralist Diego Rivera; his subsequent work shows a strong Rivera influence. He created several murals in the Bay Area during the 1930s. Above is City Alive, which is located at the base of Coit Tower. Arnautoff was influential in developing the art program for the San Francisco landmark. A close look at his contribution shows the Daily Worker and other leftist papers on the newsrack — but no Chronicle.

Arnautoff also did several paintings for the Roth Building in Palo Alto. Commissioned by a co-founder of the Palo Alto Medical Clinic, the paintings celebrate medical progress. “The Exam,” below is said to have caused traffic accidents when unveiled. Other locations of works by Arnautoff in the Bay Area include the chapel in the Presidio and the library of the San Francisco Art Institute. Arnautoff taught at Stanford University from 1939 until 1963 and then returned to Russia. 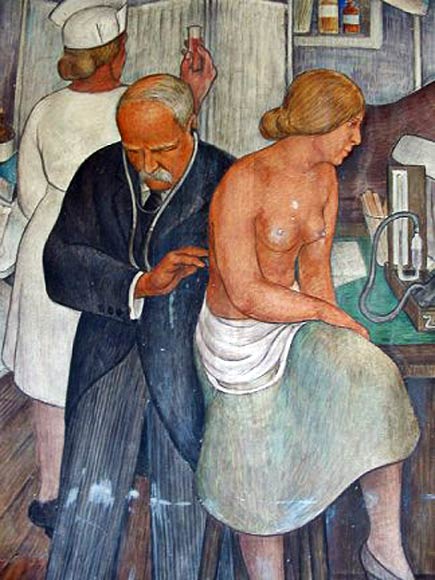